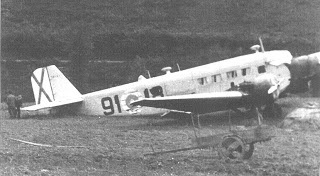 A number of sources now make claims that Hitler managed to escape by plane to Spain, where General Franco took him in.

According to Senor Stefan Aceituna, who was one of General Franco’s drivers during 1945 and beyond, he was sent to meet a plane arriving at the Madrid airport on the night of April 30, 1945.

He described the plane as “of German origin” and remembered that it arrived very late, “probably after midnight.” Following Franco’s instructions, the passenger, who had no luggage, was transported “directly to the Palace.”

In May of 1945 the East wing of General Franco’s residence in Madrid was sealed off from the rest of the palace and surrounded by a fourteen foot high wall. No explanation of this construction work has ever been forthcoming. The staff assigned to this wing were all fluent in the German tongue.

In May 1945 Franco’s medical staff ordered from Spain’s largest pharmaceutical company a carton of 144 bottles of “Doctor Koster’s Anti-Gas pills.” This order was repeated on a monthly basis until October 1947.

Theo Morell, Hitler’s personal physician had introduced Hitler to the anti-flatulence medication and Hitler had become so addicted to the strychnine base of these pills that he was known to swallow them by the handful.

Suddenly, in May of 1945, General Franco has a need of the identical medication and the need continues unabated until October 1947.

About thirteen miles from the Presidential Palace in Madrid is a medical establishment known as “The Clinico San Carlos.”

At the end of 1947 the director of this clinic, one Dr Victor Vega Diaz, also held the title of “President of the International Association of Cardiologists”. In other words, he was recognized as the world’s foremost heart specialist.

According to Vega Diaz’s personal diary, he received a telephone call from the Presidential Palace in the early afternoon of Wednesday, November 1, 1947 to examine a ‘member of Franco’s gardening staff’. From the way in which the doctor has boldly underlined “From Generalisimmo Franco” it appears obvious that this call was not made by a member of the Palace staff but emanated directly from the Spanish President himself.

Why would the Spanish dictator contact the ‘Hospital Clinico San Carlos’ when the larger, more modern, and much better equipped ‘Hospital Francisco Franco’, named in his honour, was almost twelve miles nearer? Could it be because all previous medical needs of the General himself and the members of his entourage had always, until this day, been catered to by the hospital bearing his name, and that the General did not want any record of Senor Adi Lupus added to his personal file?

Dr Diaz’ diary describes the patient as “between fifty and sixty years of age … in an emaciated condition” His personal files record that he examined a patient ‘in his late fifties or early sixties’ (at that time Hitler would have been fifty-eight years and six months of age) and records that at 3:32 pm he certified the patient’s death from “Cardio Myopathy”, a fairly basic heart attack and it appears that no autopsy was performed. .

At the top of the page, beside the words “Patient Identification” the doctor had written: “Senor Adi Lupus”.

Unfortunately the doctors personal notes do not elaborate further and the Clinico San Carlos has relocated since 1947 and if any official hospital records ever existed they are now lost for ever.

Doesn’t it seem illogical to summon the best cardiologist in the world to treat a lowly gardener?

Despite lengthy searches of all cemeteries within reasonable proximity to Madrid, no record can be discovered which documents the burial or cremation of Senor Adi Lupus.

No amount of searching has been able to uncover a document anywhere in Spain which relates to Senor Adi Lupus.

No birth certificate, no marriage record, no tax file or employment history, no registration on an electoral roll. Until November 1 1947 he appears not to have existed. The only mention of his name is in the notebook of Dr Vega Dias.

Is it no more than coincidence that Lupus is Latin for wolf, the nom-de-plume which Hitler favoured, the title he appended to his yacht (The Sea Wolf), his plane (The Flying Wolf) and two of his Führer headquarters (The Wolf’s Lair and The Wolf’s Den).

He used the pseudonym Mr Wolf when he first met Eva. If it is purely coincidental, then we must apply the same assumption to the Christian name ‘Adi’. This happens to be the form of address used in private by Eva Braun. 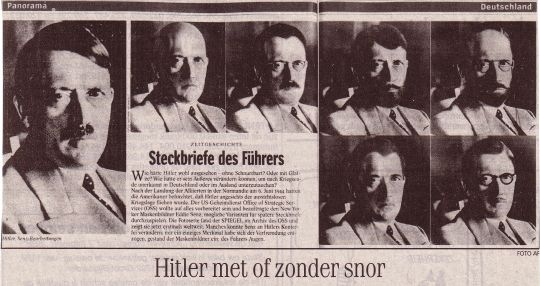