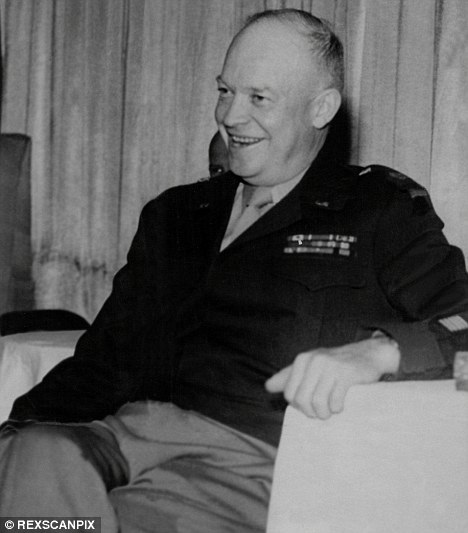 The 34th President of the United States met the extra terrestrials at a remote air base in New Mexico in 1954, according to lecturer and author Timothy Good.

The two parties finally met up on three separate occasions at the Holloman Air Force base and there were ‘many witnesses’.

Conspiracy theorists have circulated increased rumours in recent months that the meeting between the Commander-in-Chief and people from another planet took place.

But the claims from Mr Good, a former U.S. Congress and Pentagon consultant, are the first to be made publicly by a prominent academic.

‘Aliens have made both formal and informal contact with thousands of people throughout the world from all walks of life,’ he added.

Asked why the aliens don’t go to somebody ‘important’ like Barack Obama, he said: ‘Well, certainly I can tell you that in 1954, President Eisenhower had three encounters, set up meetings with aliens, which took place at certain Air Force bases including Holloman Air Force base in New Mexico.’

He added that there were ‘many witnesses’.

Eisenhower, who was president from 1953 to 1961, is known to have had a strong belief in life on other planets. 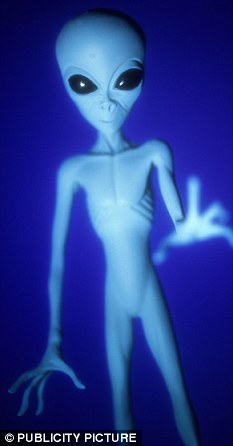 Extra-terrestrial: Eisenhower, who was president from 1953 to 1961, is known to have had a strong belief in life on other planets

The former five-star general in the United States Army who commanded the Allied Forces in Europe during the Second World War, was also keen on pushing the U.S. space programme.

His meeting with the cosmic life forms is said to have taken place while officials were told that he was on vacation in Palm Springs, California, in February 1954.

The initial meeting is supposed to have taken place with aliens who were ‘Nordic’ in appearance, but the agreement was eventually ‘signed’ with a race called ‘Alien Greys’.

Mr Good added: ‘We know that up to 90 per cent of all UFO reports can be explained in conventional terms. However, I would say millions of people worldwide have actually seen the real thing.’

According to classified documents released by the Ministry of Defence in 2010, Winston Churchill may have ordered a UFO sighting to be kept secret.

The UFO was seen over the East Coast of England by an RAF reconnaissance plane returning from a mission in France or Germany towards the end of the war.

Churchill is said to have discussed