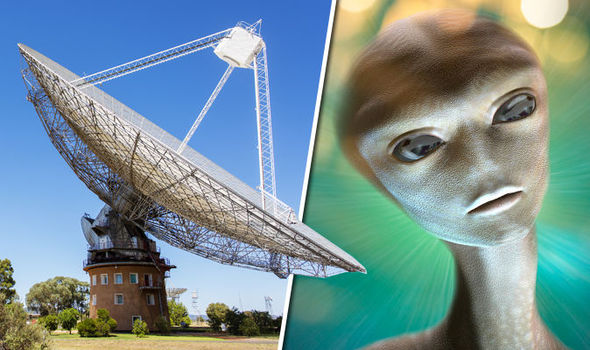 Did scientists just pick up the first intelligent radio waves from a distant ALIEN planet?

ASTRONOMERS have picked up five mysterious unidentified radio signals that could originate from OUTSIDE the Milky Way.

Has the telescope picked up signals of aliens from another galaxy?

The “fast radio bursts” included one “double signal” never heard before and have left astronomers buzzing with excitement over the possibility of it being a message with alien origins.

Only 11 of the unidentified transient radio pulses have been recorded before around the world.

And it is the curious new double blast – which was accompanied by four “singles” – which has baffled astronomers analysing data from the Parkes radio telescope in New South Wales, Australia.

Emily Petroff from Swinburne University, in Melbourne, one of the team who discovered the signals, believes the origin could be more remarkable than anything recorded before.

She tweeted: “We have no idea what’s going on, but we know it’s definitely something cool.”

Bigger than the “wow” signal

The discovery is being compared in significance to the recording of the “Wow signal” – a strong narrowband radio wave found by Jerry Ehman in 1977.

That radio burst, picked up by the Big Ear radio telescope of The Ohio State University in the United States, bore all the expected hallmarks of non-terrestrial origin but has not been detected since.