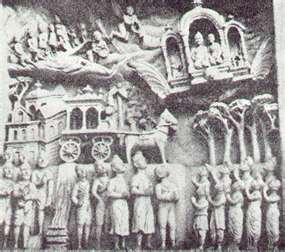 Is it possible that humans developed the technology to fly in early civilizations – or in civilizations that are now lost to history? Let’s take a look at what some call the evidence – intriguing artifacts, carvings, inscriptions and legends – that they say point to the true record human of flight. 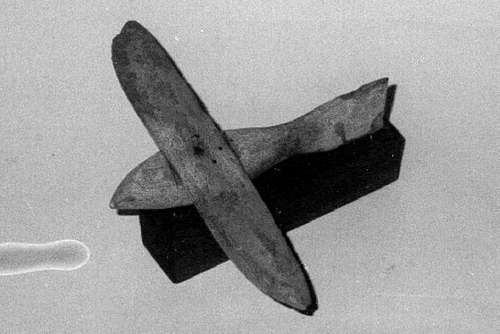 In 1898, a peculiar six-inch wooden object was found in a tomb at Saqquara, Egypt that dated back to about 200 BCE. The object had a body or fuselage, seven-inch wings that curved downward slightly, a fixed rudder and a tail. It looked very much like a modern airplane or glider. But since airplanes had not yet been invented in 1898 (never mind ancient Egypt), it was labeled as a model of bird and stored away in the basement of the Cairo museum.

The object was rediscovered many years later by Dr. Khalil Messiha, an authority on ancient models. According to Messiha and others who have studied the object, it has characteristics of very advanced aerodynamics, much like modern pusher-gliders that require very little power to stay aloft. The curved wings are today known as reversedihedral wings, which can attain great amounts of lift. A similar design is employed on the supersonic Concorde aircraft.

Was this just a child’s toy? Or was it a scale model of an aircraft the Egyptians planned to build… or did build. If they did build a full-scale version of the aircraft, no evidence exists for it. No full-size airplanes have been found in any pharaoh’s tomb to fly him to the land of the dead.

THE CARVINGS AT ABYDOS

Although no airplanes or airplane parts have ever been found from the ruins of ancient Egypt, is there corroborating evidence that they constructed aircraft?

Even more controversial than the model airplane are the enigmatic carvings found in the temple of Abydos, Egypt by Dr. Ruth Hover. Hover photographed a wall panel which had been revealed when a newer overlaying panel crumbled and fell off. The older panel beneath contained embossed images that resemble modern aircraft as seen in profile.

One bears a striking resemblance to a modern helicopter, while others could be interpreted as aircraft, hovercraft or even flying saucers. When the photos of these carvings first surfaced, it was assumed that they had been digitally altered to create a sensational hoax. And indeed some of them had been retouched to more clearly show aircraft-like features. But even unaltered photos seemed to show the very modern-looking figures. 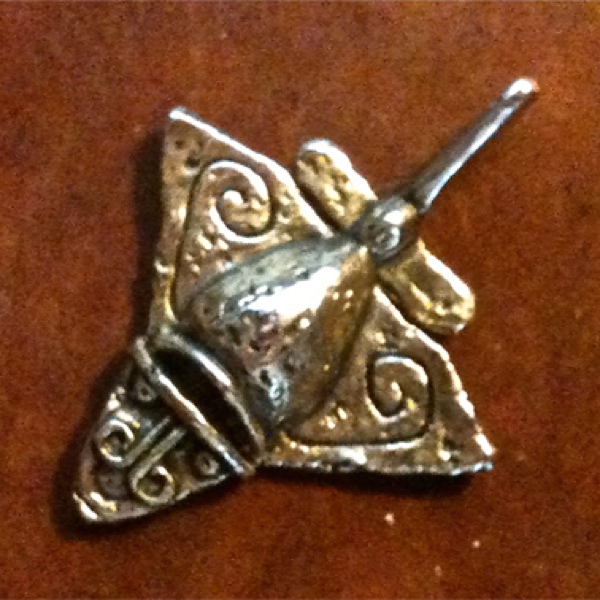 Egypt’s isn’t the only ancient civilization that has produced puzzling artifacts. A remarkable gold trinket estimated to be at least 1,000 years old – dating perhaps to between 500 and 800 AD – was found in Central America and along coastal areas of South America. If you weren’t aware of its age, you might guess that it was a child’s model of the Space Shuttle or a delta wing fighter aircraft.

When the artifact was discovered, archaeologists called it a zoomorph, or animal-shaped object. It resembles no known flying animal, however. It looks distinctly mechanical with its delta-shaped wings, stabilizer fins and rudder. It even has what looks like a pilot’s seat in the right place. Experts in aerodynamics, however, contend that the wings are too far back for the object’s center of gravity, and that the nose is not aerodynamically sound.

Whatever this object is supposed to be or represent, its remarkable resemblance to a modern aircraft or spacecraft is uncanny. 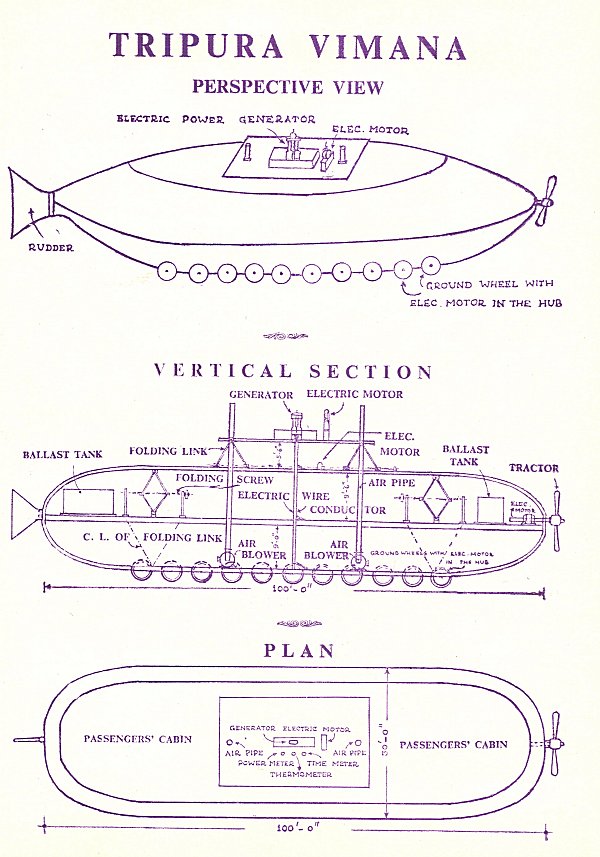 Although the Chinese are credited with inventing rocketry, some people believe that an ancient text from India describes sophisticated air flight by human pilots. Written by Maharishi Bharadwaja in the 4th century BC (allegedly dictated while he was in a trance), the Vaimanika-sastra seems to talk about piloting some kind of aircraft – a vimana – with some astonishing capabilities.

Sounding like a manual for aerial battle (or instructions to a video game), the text claims to reveal 32 secrets of piloting a vimana, including:

Was the Vaimanika-sastra simply imaginative writing, rich with symbolism and religious meaning? Or was it a description of ancient yet advanced technology that humankind was not to rediscover until the 20th century?