In 1977, a small Japanese fishing vessel, Zuiyo Maru; 32 feet long weighing two tons, was trawling for mackerel of the coast of New Zealand when its nets dragged something very peculiar up from the deep. Pulling in the nets the crew discovered a massive animal carcass.

The carcass, which nobody could positively identify, but which looked remarkably like a Plesiosaur.

The dead and decaying creature was 32 feet long and weighed an estimated 4,000 pounds. The evidence was examined and tested by a group of Japanese marine scientists and the Director of Animal Research at the National Science Museum of Japan reported, “It seems that these animals are not extinct after all. It’s impossible for only one to have survived. There must be a group.” 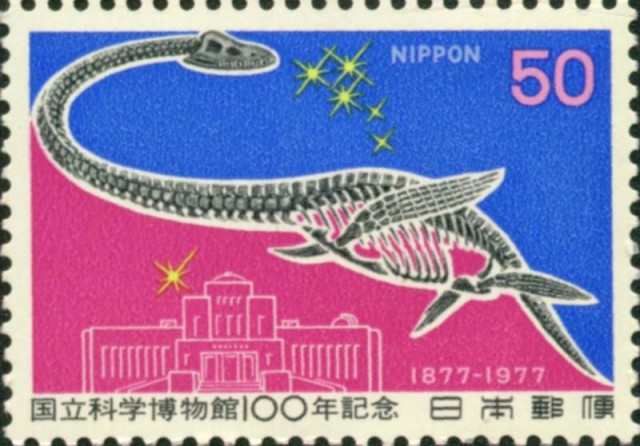 This find was so important that the Japanese honored it with a commemorative postage stamp as the scientific discovery of the year. The plesiosaur was even used as the official emblem for the 1977 National Exhibition which celebrated 100 years of scientific discovery.