Home Conspiracies Did the Russians shoot down Meteor?
UNEXPLAINED MYSTERIES 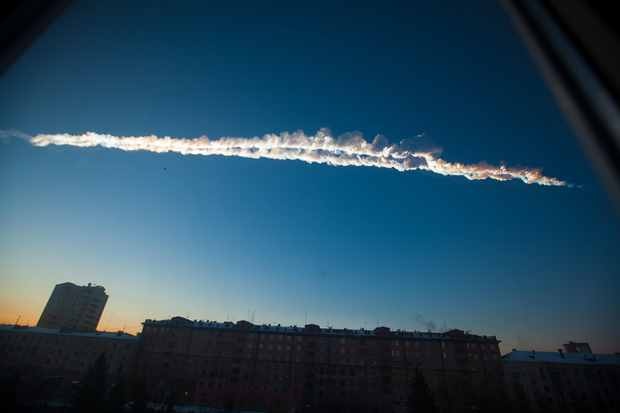 A Russian news website claims that the meteorite was shot down by the government to prevent further harm could be true.

New evidence from video and CCTV could help solve the mystery.

The 10 tonne rock caused widespread panic as it tore through the sky, before an enormous explosion – thought to be a sonic boom – shattered windows and brickwork.

Russia Today reported also that an air defense unit at the Urzhumka settlement may have blown the meteorite to pieces at about 20 km above the Earth.

The rumour was also reported by the local Znak newspaper, quoting a military source – though it cannot and has not been verified.

The source said the vapor condensation trail of the meteorite showed it had been intercepted by a missile.

The regional Emergency Ministry denied the report at first, but has now said it will leave investigations to the space department.

A link has been made to the G20 summit and a claim that the meteorite was actually a missile, either earth made – or fired by ET’s. A spokesperson told CIS…

“So what are the odds that an extraterrestrial object will hit Earth only some 1,060 miles east of the city where 20 of the biggest world leaders are gathering on exactly the same morning as they kick off their discussions on world conflict?”