Home Space Did the US Military have a secret space station?
UNEXPLAINED MYSTERIES 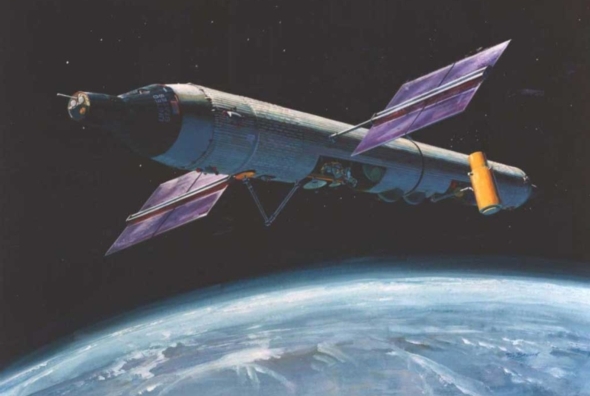 Declassified documents from the Cold War have revealed the US could have developed a secret space station.

No evidence suggests the station was actually built – but hundreds of secret documents now revealed hint at a secret space station being deployed.

The U.S. Air Force’s MOL program ran from December 1963 until its cancellation in June 1969. The program spent $1.56 billion during that time, according to some estimates.

Where the money went is anyone’s guess !

While the program never actually lofted a crewed space station, those nearly six years were quite eventful, featuring the selection of 17 MOL astronauts, the remodeling of NASA’s two-seat Gemini spacecraft, the development of the Titan-3C launch vehicle and the building of an MOL launch site at Vandenberg Air Force Base in California.

Early in the MOL program, its architects weren’t quite sure what MOL was all about. “Is the MOL a laboratory?” reads one of the newly released documents, which were put out by the U.S. National Reconnaissance Office (NRO). “Or is it an operational reconnaissance spacecraft? (Or a bomber?)”

Even today, aspects of the MOL initiative remain secret.

To begin your own digging into the 20,681 pages of released MOL documents, pictures and other resources, go to