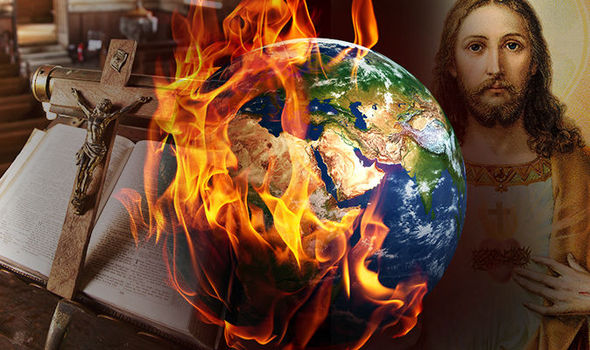 THE end of the world is upon and we are in the “end times” according to a growing number of Christian conspiracy theorists who believe codes in the Bible and signs in the heavens mean the Rapture will soon be upon us.

Scores of YouTube doom videos and evangelical websites point to an astrological constellation on September 23 matching Revelation 12:1–2, which will signal the start of the Rapture and second coming of Christ:

The passage 12:1–2 reads: “And a great sign appeared in heaven: a woman clothed with the sun, with the moon under her feet, and on her head a crown of 12 stars. She was pregnant and was crying out in birth pains and the agony of giving birth.”

It is claimed the woman in question is Virgo, and on September 23, the sun and moon will be in Virgo, as will Jupiter, now being said to represent the Messsiah.

This happens every 12 years, but they claim because of another planetary alignment, representing “the Lion of the tribe of Judah”, it is an unprecedented event foretold in scripture.

Before going into Virgo, the sun will be in Leo, at the same time as Mercury, Venus, and Mars are in Leo.

“The 12 stars at that date include the nine stars of Leo, and the three planetary alignments of Mercury, Venus and Mars – which combine to make a count of 12 stars on the head of Virgo.

“Thus the constellations Virgo, Leo and Serpens-Ophiuchus represent a unique once-in-a-century sign exactly as depicted in the 12th chapter of Revelation. This is our time marker.”

However, not all Christians hold in with the prophecy, and have a much more rational take on what is claimed.

In an article entitled “Will the World end on 23 September?” Jonathan Sarfati wrote that the same planetary coincidence had appened four times in the last millennium, and therefore was not as rare as is being suggested.