According to the U.S. Mint, there are currently 147.3 million ounces of gold in Fort Knox, KY.

At a current price of about $1776 per ounce, this is worth 261.6 billion dollars. This comes very short of getting the US out of its 14.7 trillion national debt – the gold holdings are worth less than 2 percent of the U.S. Public Debt. 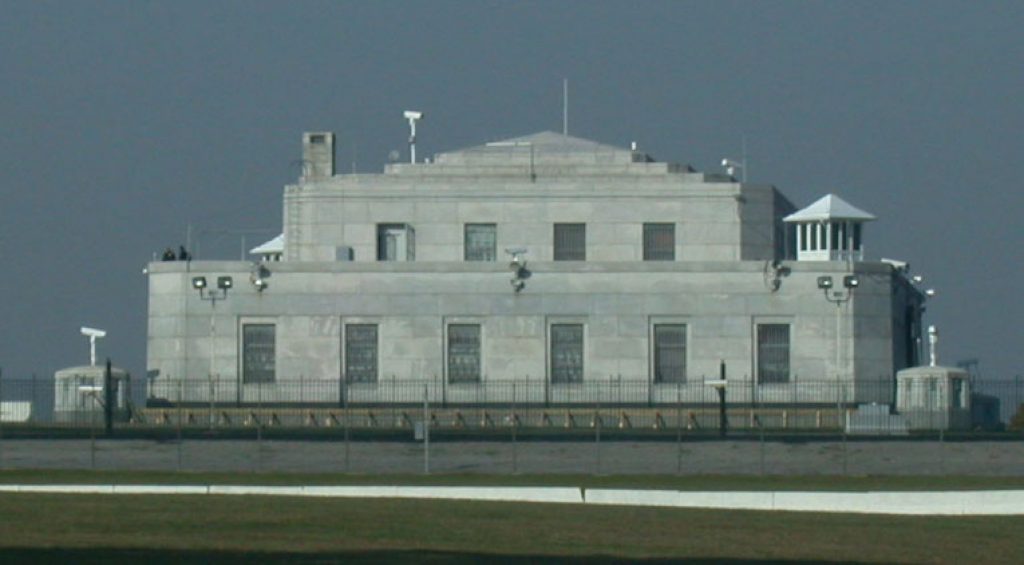 So even if Fort Knox held all the gold ever mined in the world, estimated at 185,000 tons, at current prices this would be worth only 10.5 trillion dollars, still less than 72% of the national debt.

The truth is, Fort Knox could actually be empty!

As the US starts to run out of money, people are asking questions

Is Fort Knox empty?  Do we even have any gold reserves anymore in the United States?   And if not, what is backing the United State’s dollar?  These are the questions that many people are asking lately of our nation’s economic security and the answers may be downright scary for all of us.

The biggest question mark of all has been why no one has been able to see the gold for almost 40 years now.  The last time anyone had access to inspect the deposits was on September 23, 1974.  Members of Congress and news media were allowed access on that date and pictures were taken of the vaults with the gold deposits intact.  Ever since that day, there has not been anyone allowed access to confirm the gold amounts that are supposedly stored at the Fort. 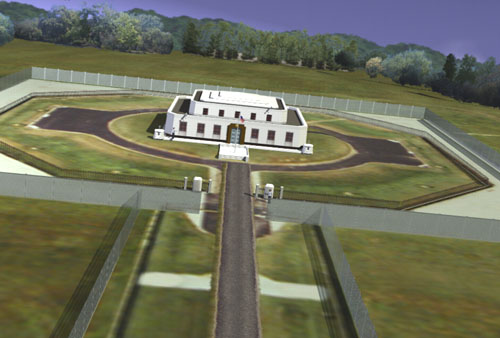 Recently a team of Congressmen from several key states have been trying to gain access to Fort Knox for a visual inspection and confirmation of the gold reserves stored there.  According to several of the Congressmen, they are having a difficult time even getting responses out of the United States Treasury and Mint departments and when they do, they are denied immediately.

•The only gold removed has been very small quantities used to test the purity of gold during regularly scheduled audits. Except for these samples, no gold has been transferred to or from the Depository for many years.

•The gold is held as an asset of the United States at book value of just $42.22 per ounce.

•The Depository opened in 1937; the first gold was moved to the depository in January that year.

•Weight of a standard gold bar: approximately 400 ounces or 27.5 pounds.

•In the past, the Depository has stored the Declaration of Independence, the U.S. Constitution, the Articles of Confederation, Lincoln’s Gettysburg address, three volumes of the Gutenberg Bible, and Lincoln’s second inaugural address.

•In addition to gold bullion, the Mint has stored valuable items for other government agencies. The Magna Carta was once stored there. The crown, sword, scepter, orb, and cape of St. Stephen, King of Hungary also were stored at the Depository, before being returned to the government of Hungary in 1978.

•The Depository is a classified facility. No visitors are permitted, and no exceptions are made.

When we asked the government we got this reply:

What would happen if it was revealed that there isn’t actually much gold left in Fort Knox?

First thing: To sell all (or even most) of the gold in Fort Knox would require hundreds of people working to make that happen. In secret, as any such operation would invite Congressional and media scrutiny It would also flood the world markets with gold, thus depressing its price. That fact also wouldn’t escape media scrutiny and MANY questions would be asked,

Second thing: It would be irrelevant as Richard Nixon took the US off the gold standard more than 40 years ago. The currency of the US is backed up by the value commerce and enterprise of the US, not by its gold reserves alone.

In fact, if the US currency was still tied to the value of the gold reserves alone, it would severely weaken an already weak economy. It also make the US currency subject to the whims of the two largest gold producers in the world, South Africa and Russia.

Gold in Fort Knox will remain where its at for the foreseeable future.