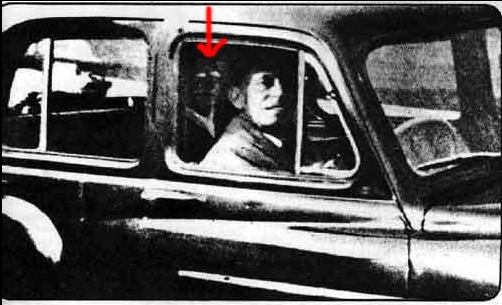 Visiting the grave of her mother in 1959, Mrs. Mabel Chinnery took a photo of her husband waiting alone in the car. When the film was developed, the two were so surprised to see the figure in the backseat was her mother. 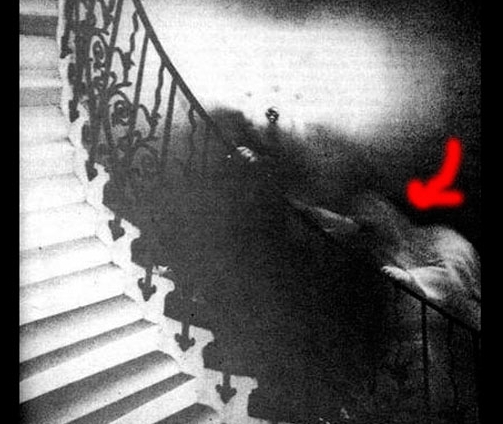 Rev. Ralph Hardy, a retired clergyman from White Rock, British Columbia, took this now-famous photograph in 1966. He intended merely to photograph the elegant spiral staircase in the Queen’s House section of the National Maritime Museum in Greenwich, England. Upon development, however, the photo revealed a shrouded figure climbing the stairs, seeming to hold the railing with both hands. Experts, including some from Kodak, who examined the original negative concluded that it had not been tampered with. It’s been said that unexplained figures have been seen on occasion in the vicinity of the staircase, and unexplained footsteps have also been heard.