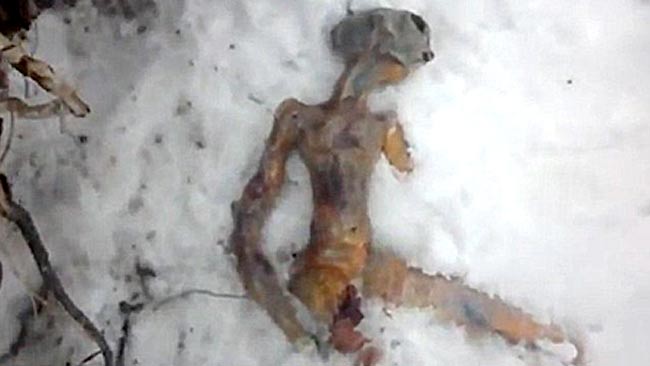 The body of a dead ‘alien’ has been found in Siberia after claims of UFO ‘hurtling to earth.’

Reports from Russian media have verified the find, although not its origin.

Two walkers from the remote Russian village of Kamensk in Siberia are claimed to have discovered the body of the alien,

The corpse of the badly-damaged creature – which is distinctly ET-esque – is 2ft-high and has part of its right leg missing.

Claims that the ET was missed by Russian military alien experts clearing up after a UFO crash.

The area is a known UFO hotspot with dozens of sightings reported every year  local media reported a slew of incidents over the last month.

It follows reports of a UFO hurtling towards Earth in the nearby Irkutsk region of Siberia  and the recent  asteroid impact.

We wait to find out more…..