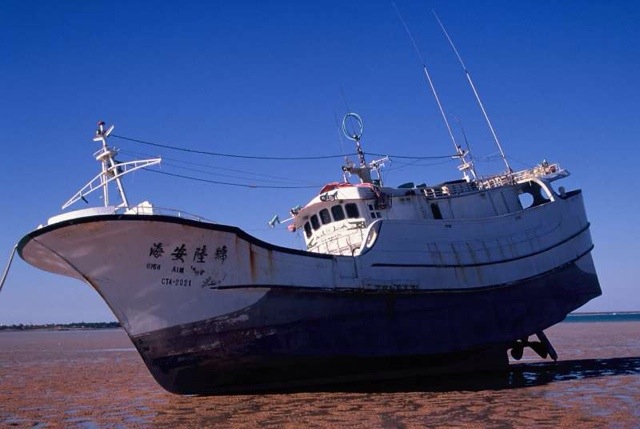 High Aim 6 (Chinese : Haian liuhao ) left the port of Liuchiu in southern Taiwan on 31 October 2002, and was then found without its crew, drifting in Australian waters, on 8 January 2003. The owner of the ship, Tsai Huang Shueh-er, spoke last with the captain in December 2002. The vessel was registered in Taiwan and flew under an Indonesian flag.

The vessel was found drifting in calm waters approximately 80 nautical miles (150 km; 92 mi) east of Rowley Shoals inside the Australian Exclusive Economic Zone. The crew was missing. There was no evident reason for the abandonment: no signs of distress were found, and the crew’s personal effects remained on board.

The High Aim 6 had plenty of fuel and provisions and no sign of a struggle could be found. Initial concerns that the ship had been carrying illegal immigrants were dismissed when the contents of the hold proved to be rotting fish. The ship was equipped for long-line fishing.

When the ship was first sighted five days before being boarded, its motor was running and it was underway. At the time of boarding, the engine was dead and the rudder was locked.

The High Aim 6 was towed to Broome, where subsequent forensic examination was conducted. Despite a search of some 7,300 nautical miles (13,500 km; 8,400 mi), no trace of crew was ever found.

Mutiny ! So they claim !

While the only member of the Indonesian crew who could be tracked down admitted that the captain Chen Tai-cheng (???) and the engineer Lin Chung-li (???) had been murdered, what happened exactly and the motive for the claimed mutiny remain unclear. 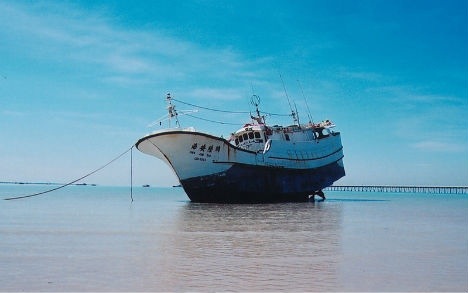 The “ghost ship” was found drifting aimlessly off the Western Australian coast and has since been towed to a quarantine bay close to the fishing port of Broome.

However, police say that despite an extensive search there is no sign of the ship’s crew, or any indication of what might have happened to them.

“We have insufficient evidence at this stage to even speculate on what has occurred,” federal agent Bill Graham told reporters.

The mystery has deepened further after investigators revealed Tuesday that the ship, the High Aim 6, had recently been some 3,500 nautical miles (6,500 kilometers) away in the Marshall Islands, halfway between Papua New Guinea and Hawaii, The Australian newspaper reported.

Shortly afterwards the owner reported to U.S. authorities that the ship was missing after he had been unable to contact its captain.

Adding to the confusion are mixed reports as to the numbers of those onboard.

Police say the only clue as to how many crew the ship may have carried being the discovery of seven toothbrushes in the living quarters.

There is, however, no clue as to what might have happened to them, or why they might have abandoned an otherwise perfectly serviceable ship.

Police believe the captain of the vessel was from Taiwan, with Indonesians making up most of the rest of the crew.

An aerial and naval search of the surrounding seas did not yield any sign of life or any life vessels that might have come from the ship.

It is unclear whether the ship even carried life rafts.

“At this stage we have not located the crew or discovered any plausible reasons for their absence from the ship,” Graham was quoted as saying.

“The simple answer is we may never determine the fate of the crew,” he added.

The vessel was found carrying more than three tons of rotting tuna and mackerel in its hold, and had plenty of fuel and food.

Officials say one possibility if that the boat piloted itself all the way from the Marshall Islands.

Another line of inquiry is focusing on the possibility of piracy, a growing problem in the region.

However, investigators say there is no sign of a struggle, or that anything might have been stolen from the boat.

“Our main concern is for the safety of the crew, ” Graham told reporters. “As time goes on the prospects of locating the crew alive decrease.”