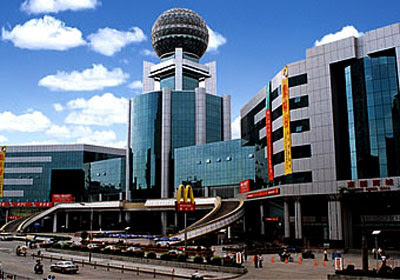 The empty New South China Mall, Dongguang, Guangdong is big enough to be called a ghost town. The South China Mall is the biggest shopping mall in the world and opened in 2005. It is more than twice as big as the next largest (and previous biggest) shopping mall; The Mall of America in Minnesota. It has leasable space for over 1,500 stores in approximately 7.1 million square feet of total floor area. At last count just 23 shops remained open. 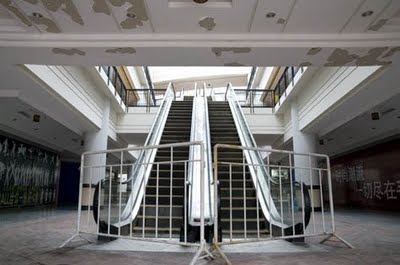 Developer, Alex Hu, a local Guangzhou boy who made it big in international business, wanted South China Mall to be a hometown monument to his success. The trouble is Guangzhou is a long long way from any decent size cities. It has no major airports or highways nearby yet is the largest shopping mall in the world.

The South China Mall still sits virtually empty of both shops and shoppers. It has an eerily empty theme park and shop owners may see one or two customers a day, lucky to make a sale. South China Mall was built with a ‘build it and they will come’ attitude but the lack of infrastructure has hindered its progress. South China Mall is considered too big to fail though.

A government funded group bought the property from the previous owners in order to save it from bankruptcy. Employees are required to line up for flag-raising ceremonies and pep talks about “brand building” before going off to maintain the deserted concourses. 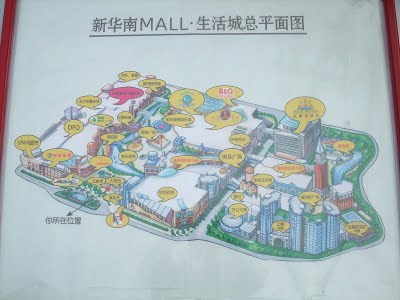 This mall has seven zones modelled on international cities and regions, including Amsterdam, Paris, Rome, Venice, Egypt, the Caribbean, and California.

The Arc de Triomphe that stands in the very middle of the South China Mall leads you out of Paris and into either  Venice or Amsterdam  though this half of the mall has never been finished. The exotic palm trees lining the sidewalk have been invaded by homegrown south-China weeds.