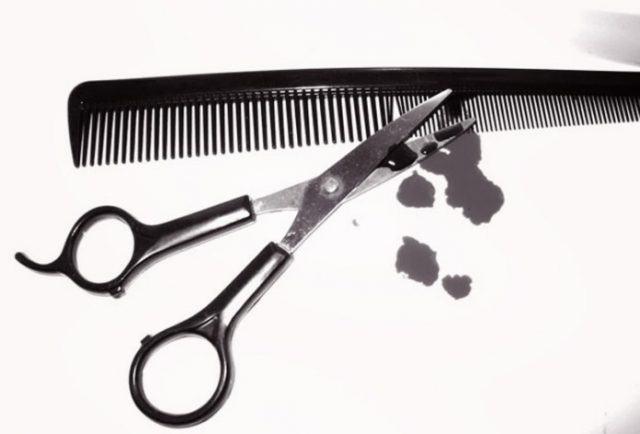 In 1942 the United States was in a state of social upheaval. The bombing of Pearl Harbor sent many young men off to fight against the German and Japanese forces, women were taking over the factory jobs once maintained by men, and small towns suddenly became epicenters for the war effort. This was the atmosphere many of the residents of Pascagoula, Mississippi became embroiled in, when women took to the assembly lines to build large ships crucial to the Naval operations abroad

As industry blossomed, the small town suddenly gained 10,000 additional residents and with them came the crime and corruption previously reserved for large neighboring cities. As police struggled to handle the influx of crime, a peculiar prowler found himself in their midst. The locals called him The Phantom Barber of Pascagoula.

The first known Phantom attacks were reported on the night of June 5, 1942. Mary Briggs and Edna Hydel had settled into bed for the night at Our Lady of Victories convent. A noise stirred the young women from their beds just in time to see a man climbing out of their bedroom window. Both girls were unharmed, but noticed that a single lock of hair had been missing from both of their heads. Since it was dark they weren’t able to provide a detailed description. Briggs was only able to tell investigators that he was “Sorta short, sorta fat and he was wearing a white sweatshirt.”

The story is told

In an era where tensions and paranoia were at an all-time high, the attacks did little to ease anyone’s minds. By the time that Monday had rolled around the town was buzzing with stories about the odd attacks at the convent. Perhaps getting some sort of sick satisfaction from the fear he aroused, the prowler struck again.

6-year-old Carol Peattie had been nestled snug in her bed next to her twin brother when the Phantom Barber sliced through their window screen and planted his feet firmly on her bedroom floor. He crept quietly towards the sleeping girl and sheered off a lock of her hair before promptly fleeing the scene. The only evidence left behind was a single sandy footprint, located directly below the children’s bedroom window.

Investigators were working diligently to piece together the string of bizarre attacks, but had no solid leads. A week after the first attacks occurred, Mr. and Mrs. Heidelberg would become the next victims of a home invasion. Unlike the other attacks though, the Barber wasn’t there for hair. He beat the Heidelbergs in their bed with a lead pipe, knocking out Mrs. Heidelberg’s front teeth and leaving Mr. Heidelberg unconscious. The attack happened so suddenly that neither of the Heidelbergs were able to offer a description of their attacker.

Police sent out bloodhounds to track the perpetrator’s scent. The hounds led police to a pair of bloody gloves left behind in the woods, but the trail went cold. Police believed that the location of the gloves may have been where the Phantom Barber had a bike waiting in order to make his escape.

The final victim of the Phantom’s sheers would be at the home of Mrs. Taylor. Mrs. Taylor had been asleep in her bed when suddenly she felt something press against her face and a sickly smell. When she awoke she reported to police that she had fallen violently ill and noticed that her window had been sliced open and a lock of her hair had been cut from her head.

Police suspected that this time the Phantom had used a chloroform soaked rag in order to cause Mrs. Taylor to loose consciousness in order to go about his dastardly deeds. With no leads the town was in a panic. Young girls locked their windows at night for fear that they too would become victims of the Phantom, and blonde women especially lived in a perpetual state of terror since the Phantom preferred blondes.

Two months passed without any further reported Phantom attacks when police finally announced that they had made an arrest. A 57-year-old German chemist named William Dolan was picked up. Allegedly police had believed he was the Phantom since he had previously quarreled with the Hiedelbergs and was also reported to have been a Nazi sympathizer.

FBI investigators were able to tie him to the attacks after a bag of hair was found in his backyard and believed to have belonged to Carol Peattie, the youngest of his victims. In spite of the evidence, Dolan was charged with the attack on the Hiedelbergs, but curiously enough was never charged for any of the unwanted haircuts. He was sentenced to 10 years in prison for attempted murder.

Dolan had always denied being the Phantom Barber and many in the area believed that police had the wrong man. Though no attacks occurred after Dolan’s arrest, some believe that the Phantom Barber moved on to another area. Six years after his arrest the Governor of Mississippi asked Dolan to submit to a lie detector test. After passing all of the questions, including questions relating to the attack on the Hiedelbergs, Dolan was allowed early release in 1951.

Was Dolan really the Phantom Barber, or was he simply a patsy police used to quell the hysteria? It seems like we will never know for sure. All that is known is that there haven’t been any reports of hair cutting intruders in the area since.