Home Strange Places Has Atlantis been found? Where is Atlantis?
UNEXPLAINED MYSTERIES 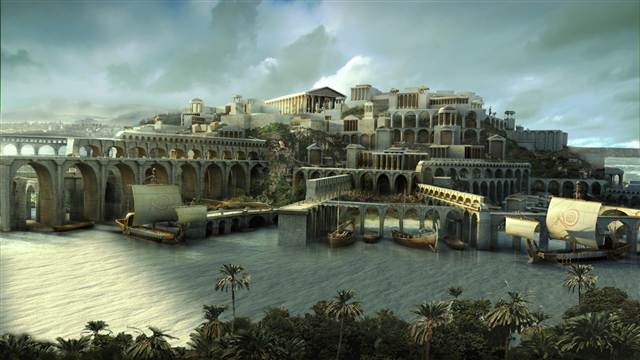 We have a map of Atlantis!

A 1669 map by Athanasius Kircher put Atlantis in the middle of the Atlantic Ocean. The map is oriented with south at the top. This should make it easy to find the mysterious city. 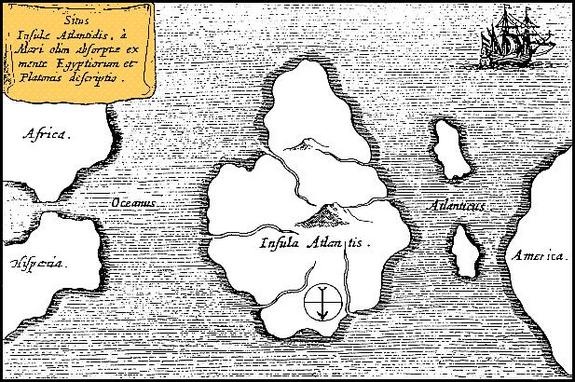 Even with a map, no trace of Atlantis has ever been found, despite advances in oceanography and ocean floor mapping in past decades. For nearly two millennia, readers could be forgiven for suspecting that the vast depths might somehow hide a sunken city or continent.

Though there remains much mystery at the bottom of the world’s oceans, is it possible that the world’s oceanographers, submariners and deep-sea probes have somehow missed a landmass “larger than Libya and Asia together.”?

According to that Dude Plato, yes, Plato’s description of the exact location of Atlantis is vague at best, giving us only its general direction.

He described it as a beautiful continent-sized island that existed somewhere to the west of the Mediterranean, by most interpretations. It was a peaceful land, prosperous from its flourishing commerce, highly advanced in knowledge and technology, and powerful in its governmental influence. After many years of prosperity, however, the gods looked unfavorably upon the island nation because of its arrogant rulers and complacent citizenry, and they condemned it. In just one dreadful day and night, Plato tells us, Atlantis was completely destroyed by catastrophic flooding and disappeared beneath the sea. 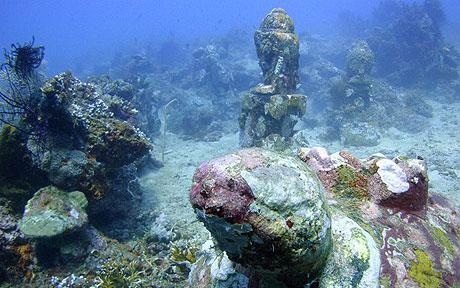 The West Indies or Bahamas

One of the most often-cited “proofs” of Atlantis was the discovery in 1969 of enigmatic stone formations beneath the ocean at Bimini in the Bahamas. Although skeptics claim that the geometric, adjoined stone slabs are completely natural formations, believers suspect that the stones were once part of a great Atlantean roadway or temple.

This relatively recent theory holds that Antarctica is Atlantis. Those who subscribe to this theory say that Antarctica wasn’t always the ice-covered land at the bottom of the world, as it is today. The continent was once a tropical land situated on the Earth’s equator, but was shifted to the South Pole due to a slippage of the planet’s crust.

A spiral-shaped harbor with high banks or dikes lining the channels that once existed near San Lorenzo Tenochtitlán, Mexico. This layout is very much like that described by Plato for Atlantis’s great port city.

Off the Coast of Cuba

In May, 2001, an astounding discovery was made off the coast of Cuba. An ocean engineer named Paulina Zelitsky, while conducting ocean sonar research for Advanced Digital Communications, imaged something she could hardly believe. She told a reporter for Reuters: “”We are the first people ever to see the bottom of Cuban waters over 50 meters. It’s so exciting. We are discovering… even possibly a sunken city built in the pre-classic period and populated by an advanced civilization similar to the early Teotihuacan culture of Yucatan.”

Incredibly, the sunken city lies on the floor of the ocean at a depth of about 2,200 feet! It must therefore be a quite ancient civilization indeed!