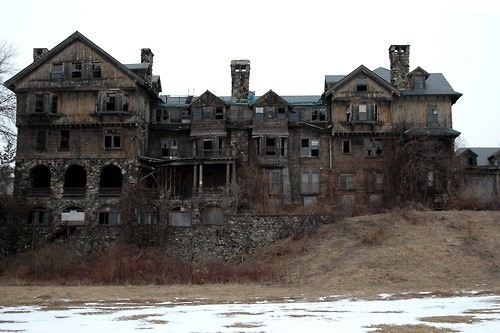 Summerwind Mansion, formerly known as Lamont Mansion, is a now derelict cellar hole on the shores of West Bay Lake in Vilas County, North East Wisconsin. It is reputed to be one of the most haunted locations in Wisconsin. Due to abandonment, the elements and fire, little of the mansion currently remains standing. Summerwind was originally constructed during the early 20th century as a fishing lodge.

In 1916 it was purchased by Robert P. Lamont, who employed Chicago architects Tallmadge and Watson to substantially remodel the property and convert it into a mansion. Lamont remained in Summerwind for approximately 15 years, during which time the maids told Lamont that the mansion was haunted, but he did not believe them. However, he is then reported to have abandoned the property suddenly in the mid 1930s after witnessing an apparition in the mansion’s kitchen.After remaining vacant for some time, the house became the residence of Arnold and Ginger Hinshaw and their four children, who moved in during the early 1970s.

It is from this time onwards that most of the haunting reports originate. After taking up residence, the Hinshaws reported a number of strange occurrences, ranging from flickering shadows that appeared to move down the hallways and soft voices that stopped when they entered rooms, to unexplained electrical/mechanical problems and sash windows that raised themselves. They also reported seeing the ghost of an unidentified woman who appeared several times in the vicinity of the house’s dining room. Within six months of moving into Summerwind, Arnold suffered a breakdown and Ginger attempted suicide.

Arnold was sent for treatment and Ginger moved in with her parents in Granton, Wisconsin.In June 1988 Summerwind was struck by lightning several times, resulting in a fire that destroyed much of the mansion. Oddly, lightning struck the house, not the taller trees around it. Today, only the house’s chimney stacks, foundations, and stone steps remain. 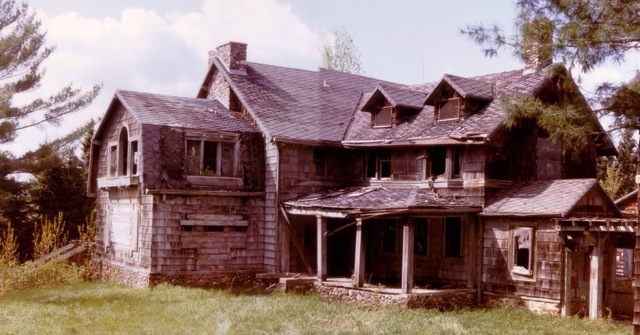