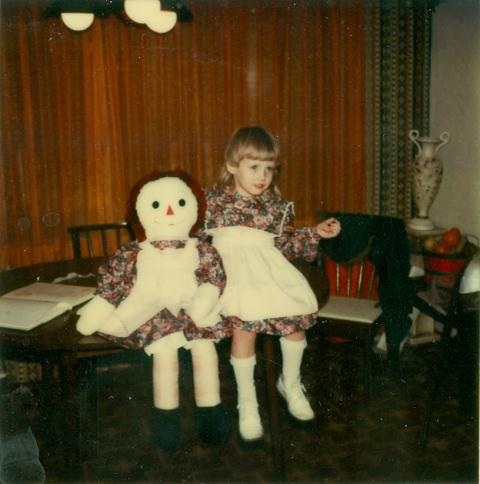 The doll was given as a gift in the 1970s to 28-year-old nursing student, Donna. It was purchased at a second-hand Raggedy Ann store. Donna’s roommate, Angie, was the first to notice strange occurrences in the doll. She purported that the doll would move on its own sometimes crossing its arms or legs. Both noticed that sometimes doors which had been left open would close when no one was home. The roommates also found notes with the words “Help Us” written. Often they would find the doll missing, only to reappear a few hours later.

The doll continued to move by itself, and more small scraps of mysterious parchment paper with childish handwriting on it were found. The doll was even found impossibly standing on its ragdoll legs.

The girls started to get a little freaked out by the strange and unexplained events.

A spirit medium was hired and after spending a few weeks investigating the doll, it was believed the spirit of a seven-year-old girl named Annabelle Higgins who died on the property possessed the doll.

Their friend Lou hated the doll. He thought there was something deeply wrong with it, something evil, but the girls were modern women and didn’t believe that sort of thing. There must be an explanation, they reasoned. But soon Annabelle’s actions got even weirder – Donna began to find pieces of parchment paper in the house with messages written on it. “Help us,” they would say, or “Help Lou.” Just to make the whole thing that much creepier nobody in the house had parchment paper. Where the hell was it coming from?

However, Annabelle later became dangerously malevolent and attacked Lou. He was attacked by the doll in the girls kitchen, it left him with scratch marks all over his chest and stomach. 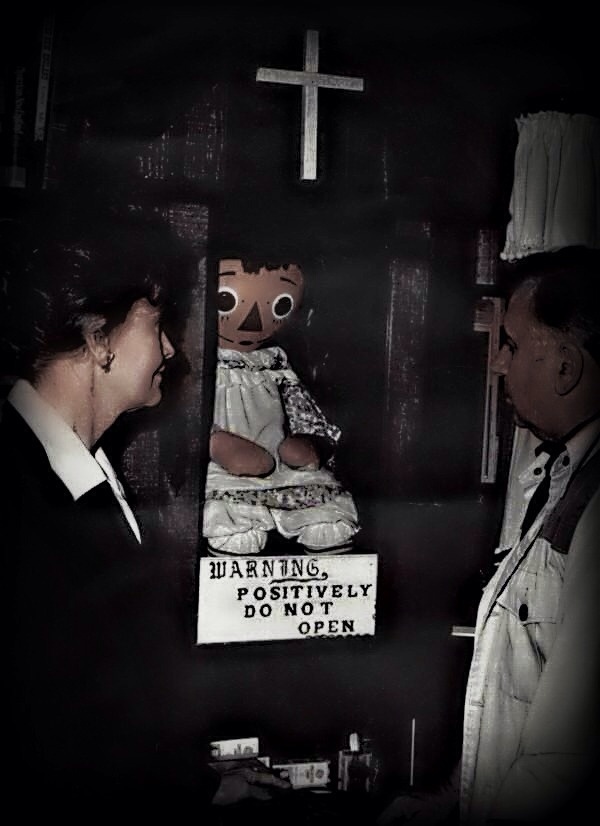 Angie and Donna then hired Ed and Lorraine Warren, two established demonologists, to investigate. The Warrens claimed the doll was possessed not by a spirit, but a demon. A priest was hired to exorcise the apartment and the doll was taken by the Warrens and placed in a museum with the sign, “WARNING: Positively Do Not Touch”. 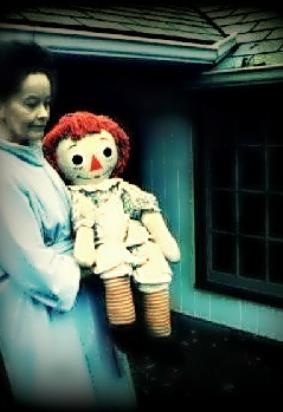