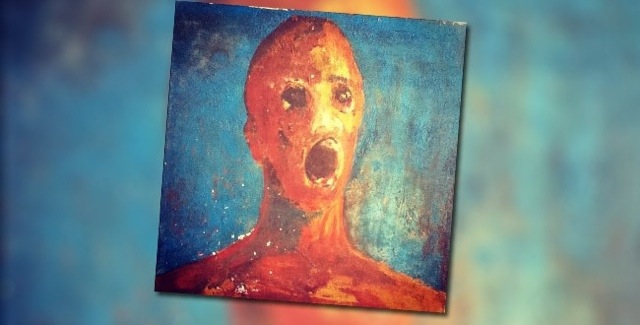 The Anguished Man is a painting that was kept in Sean Robinson’s grandmother’s attic for 25 years before he inherited it from her.

Sean’s grandmother always told him how the painting was evil and that the artist who created it mixed his own blood in with the paint.

She told him that she would often times hear voices and crying coming from the painting whenever it was displayed, and sometimes she would see a shadowy figure of a man roaming her house. Sean experienced similar things and decided to set up a video camera which, as you can see on his YouTube channel, captured doors slamming, rising smoke, and the painting falling from the wall for no apparent reason.