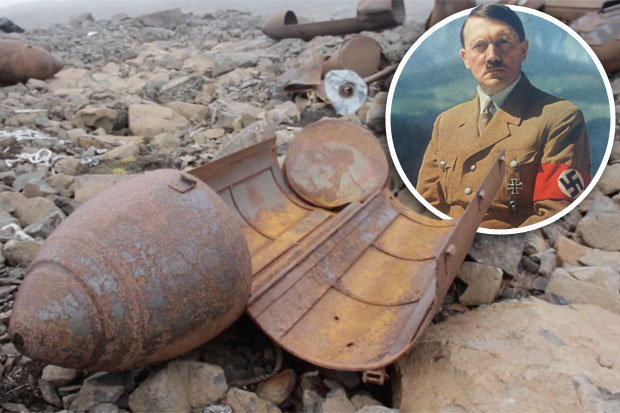 For decades, the mysterious site known as ‘Schatzgraber’ or ‘Treasure Hunter’ on Alexandra Land in the Arctic Circle, was thought to just be a wartime myth.

Over 500 Nazi artifacts from the 1940s have been discovered on Alexandra Land, a Russian Territory

Until researchers exploring the isolated island, which is now a Russian Territory, stumbled upon more than 500 relics, including the ruins of bunkers, discarded petrol canisters and even paper documents – all preserved by the island’s freezing climate.

The supposed weather station is believed to have been constructed in 1942, a year after Hilter’s invasion of Russia. The station was built on ddirect orders from Adolf Hitler.

It was then in service from 1943, before being abandoned in July 1944 when its crew were all poisoned after being forced to eat raw polar bear meat infected with roundworms while running low on supplies. The men became seriously ill, and survivors had to be rescue by a German U-boat.

Now, 72 years later, remains of the site have been rediscovered, and a video of the researchers shows them uncovering the long-forgotten wartime artefacts.