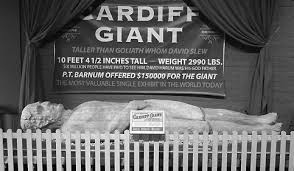 The story of the Cardiff Giant Hoax.

In 1869, trickster George Hull masterminded one of the 19th century’s most sensational hoaxes: the discovery of a 10-foot-tall giant.

George Hill had an argument with a minister about whether or not giants had ever existed on earth – supposedly, a passage in Genesis said they once did. So, to prove a point, Hull had a huge chunk of gypsum unearthed in Fort Dodge, Iowa. He had the gypsum sent to a stonecutter in Chicago, who carved it into the shape of a 10-foot-tall man and “aged” it using acid, stain, and knitting needles (to make the gypsum look porous). Once the masterpiece was completed, it was shipped to Hull’s cousin in Cardiff, New York. The “giant” was buried on his farm for a year before some workers who were hired to dig a well “discovered” it. 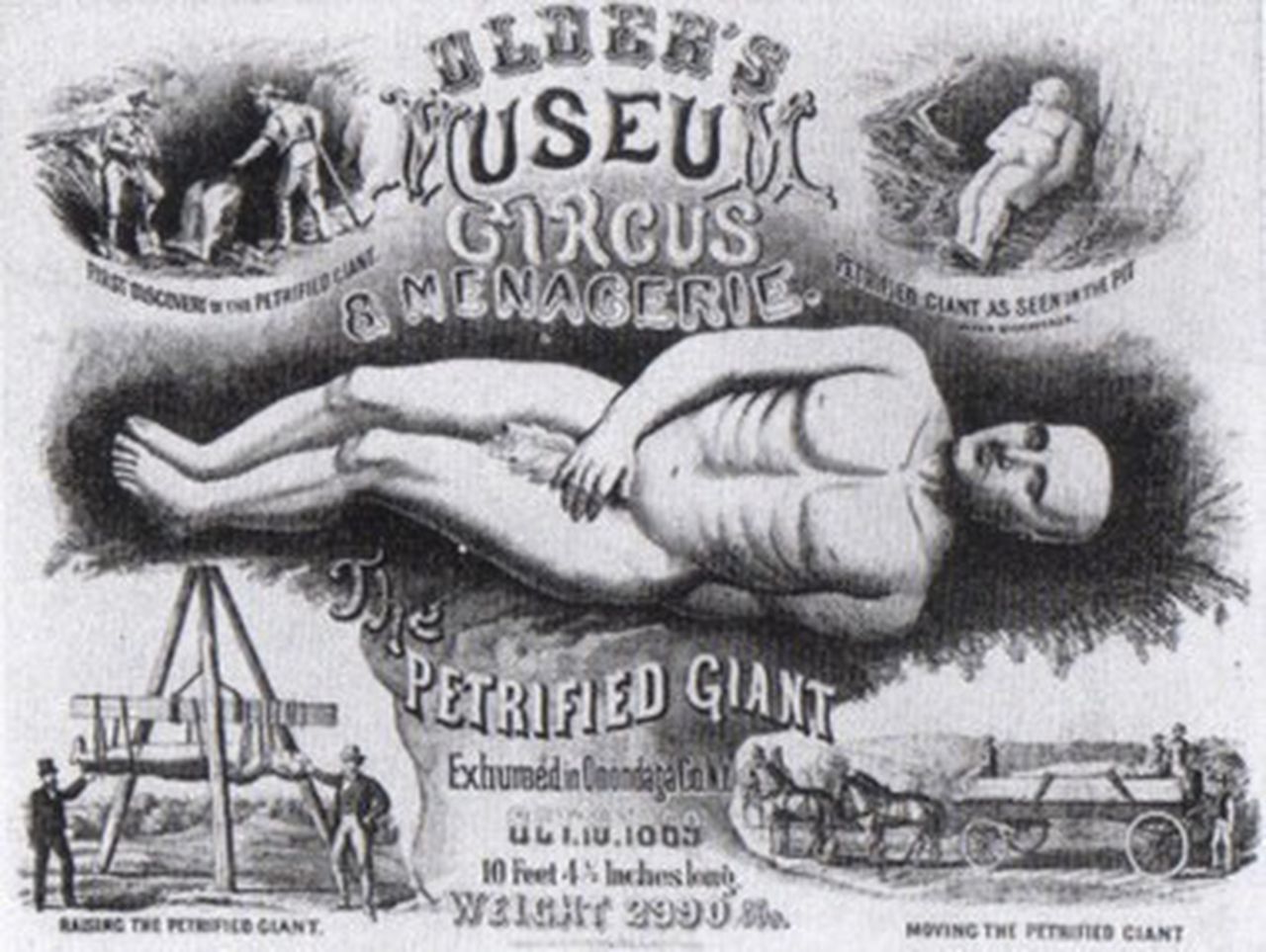 People were charged 50 cents to see the phony giant even though scholars had already called the bluff. It became such an attraction that P.T. Barnum wanted to lease it for three months for $60,000. When he was turned down, he simply created his own and put it on display instead, then claimed that his was the real one and the giant found in Cardiff was the fraud.

The hoopla was short-lived – in 1870, court testimony revealed that neither one of the giants were real. But people still flock to see it. After a brief stint as a coffee table in an Iowan’s basement, the Farmer’s Museum in Cooperstown, N.Y., bought it. It’s kind of an odd choice for it – the rest of the museum is largely displays of textiles, crafts, and farming implements. 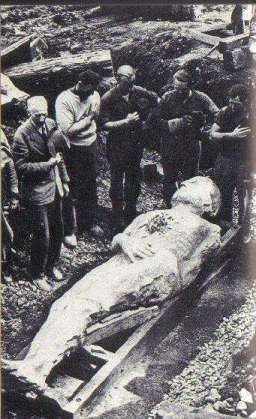 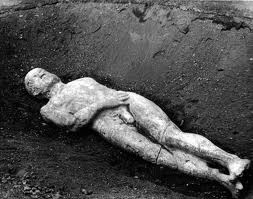