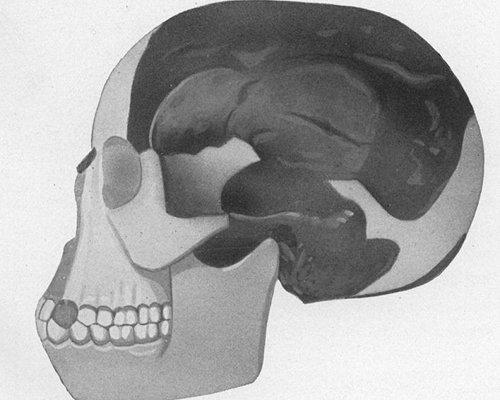 “Piltdown Man” might be the most famous scientific hoax of all time. This skull, which was originally “found” by collector Charles Dawson, fooled most of the world’s paleontologists into believing it represented a key missing link on the ape-human evolutionary chain. The hoax survived for 40 years before finally being revealed as a fraud in 1953. In fact, the skull turned out to be nothing more than a modern human cranium attached to the jawbone of an orangutan.

Who perpetrated the hoax? When the hoax was exposed nobody knew who the perpetrator was. No one confessed to the deed. For forty odd years people have speculated about the identity of the culprit; over time an impressive list of suspects has accumulated. The case against each suspect has been circumstantial, a constellation of suspicious behaviour, of possible motives, and of opportunity.

This fraud is quite unique. Most scientific frauds and hoaxes fall into a few categories. There are student japes, students conconcting evidence to fit a superior’s theories. There are confirming evidence frauds, in which a researcher fabricates findings that they believe should be true. There are outright frauds for money, fossils that are fabricated for gullible collectors. There are rare cases of fabrication for reputation, done in the knowledge that the results will not be checked. And, upon occasion, there are frauds concocted simply as an expression of a perverse sense of humor.