THE Loch Ness monster is now officially the UK’s greatest unexplained mystery – with legends of the so-called mythical beast known far and wide.

Despite numerous ‘sightings’ over the years, there’s still no proof Nessie is real. Or is there?

What are the origins of the Loch Ness monster story?

Nessie was first ‘spotted’ back in 565 – a biography of Irish monk Saint Columba mentions a giant ‘water beast’ dragging a man to his death in Scotland’s River Ness.

However, wider interest in the monster was not sparked until 1933 after a road was built along the loch, making it far less isolated. Within months, several people came forward claiming to have seen a giant beast lurking near the water.

The following year saw the publication of the ‘surgeon’s photograph’, probably the best-known image of the creature. In 1975 the famous shot was exposed as a hoax, made using a toy submarine with a carved monster’s head.

There have now been over 1,000 reported sightings, and as the legend gathered popularity Nessie became the subject of a host of documentaries and feature films. The Scooby Doo gang tried to solve the mystery in a 2004 cartoon, while Ted Danson starred in the 1996 family drama Loch Ness.

Many scientists have tried to prove (or indeed quash) the existence of the monster. In 2003, the BBC conducted the largest ever search for Nessie, using 600 sonar beams and satellite tracking to explore the loch – but the researchers found nothing.

In 2017, the story of the Loch Ness monster topped a poll of the UK’s greatest unexplained mysteries. 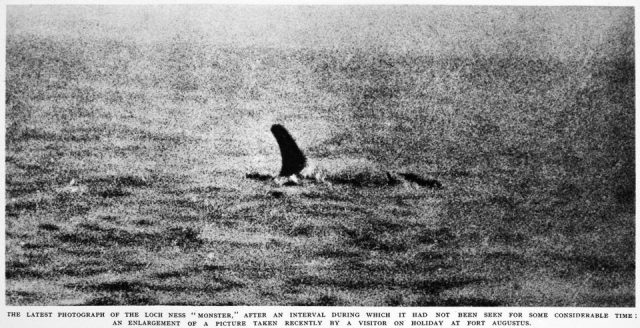 When were the most famous sightings?

Nobody has yet proved that the Loch Ness Monster is real – but that certainly hasn’t stopped people trying.

Many pictures claiming to show Nessie have been exposed as pranks, with others explained away as a case of mistaken identity.

The ‘surgeon’s photograph’, snapped by Colonel Robert Wilson in 1934, is probably the most famous Nessie sighting ever. It was later exposed to be a hoax.

Wilson’s snap ignited curiosity around the Loch Ness Monster and led to a spate of ‘sightings’, such as this picture taken from Fort Augustus on the loch’s southern tip. 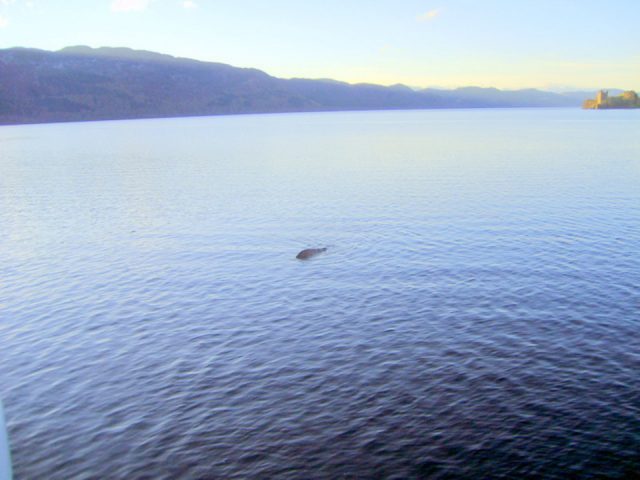 George Edwards took this stunning picture above of Loch Ness in 2012, claiming that he had finally found definitive proof of the giant creature’s existence.

A year later, the boat skipper admitted he had made the whole thing up. The image was created with a fake fibreglass model of Nessie from a National Geographic documentary, and Edwards had even let many of the tourists he ferries around the loch in on his prank.

What theories are there about the real Nessie?

Many of the theories of what REALLY dwells in Loch Ness are based on people mistaking other large creatures or objects for Nessie.

Sightings have often been dismissed as being large eels and catfish or otters and deer swimming in the water, viewed from long distance.

In 2013, TV presenter Jeremy Wade made a special edition of River Monsters devoted to the legend.

He compared Nessie’s characteristics with the Greenland shark, which grow to 20 feet in length and survive in the fresh waters of the loch.