Home The Future Is the Vatican finally about to admit it has a hidden TIME MACHINE?
UNEXPLAINED MYSTERIES 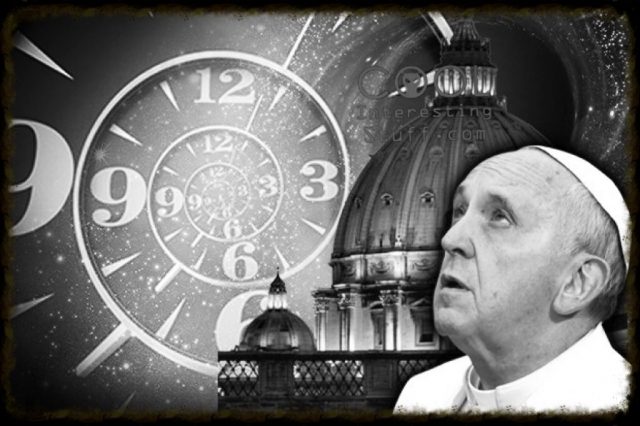 The Vatican holds a “time-seer” machine which enables its user to access the “traces” left by past events and actually view scenes from history, according to the shock revelations.

The machine, which consists of a screen and tuning-dials, is known as a “chronovisor” and while it does not let a person “step into” history, it displays the sound and image so the user can “view” a window into the past.

As a historical centre of power, the Vatican have kept tight control over the time-bending technology, granting only loyal states access to their secrets.

European monks Father Pellegrino Ernetti from the 15th Century Order of Saint Benedict and Father François Brune first tried to expose the secret technology after the Second World War, but were ridiculed in the media.

WHISTLEBLOWER: Space politician Alfred Webre is lifting the lid on the Vatican’s secrets

The Central Intelligence Agency (CIA) in the US “which the Vatican helped found” is in fact “the Jesuit secret service”, claims Webre.

He claims: “What the Vatican did is they subcontracted the technology and gave it to the US Pentagon and CIA starting in the late 1960s.

Shockingly, the British government may also be involved in this future time-viewing technology.

The Vatican have been the gatekeepers to this revolutionary technology and are likely to have passed it on to the British government, according to the legal expert.

He said: “At the secret Treaty of Verona, all European crowns bowed to the Vatican.

“MI5 and MI6 and the CIA are really creatures of the Vatican secret service going back centuries.”

Webre is a Law Graduate from Yale University and is a member of the District of Columbia Bar. He is the author of several books on time travel and the universe, and currently runs a blog about his latest research called Exopolitics.

His latest book, Omniverse explains “the history of chronovisors”, and his blog “sets out stories of people’s experiences with chronovisors”.

Webre’s controversial claims have seen him banned from sites such as Wikipedia and Facebook, yet he claims his latest publication was commissioned by Oxford University.

The Vatican Press Office has been contacted for comment but has yet to respond.