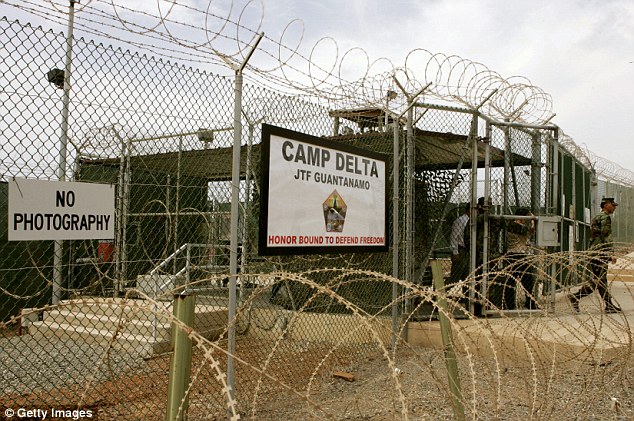 A former U.S. Marine who served from 1968 to 1969 at the U.S. Guantanamo Bay Naval Base in Cuba has reported Marines’ experience of UFO activity during the time he was on duty at the base. He said he witnessed UFOs landing in the ocean and taking off from the ocean, indicating there was a major alien UFO underwater base in the bay.

The Marine’s testimony was filed as Case 74794 in the archives of the Mutual UFO Network (MUFON), the largest single UFO sightings documenting and investigating organization in the world.

According to the Marine, who was often assigned to guard the fence area of the facility, he and other Marines were perplexed by the heavy UFO traffic over and around the base. He said UFOs were seen flying over the base almost every night and many flew at altitudes below 300 feet.

“All of us Marines were amazed at the amount of UFO activity over and around this base,” he told MUFON investigators. “Virtually every night UFOs were flying overhead with altitudes of less than 300 feet.”

The witness said he saw several UFOs flying overhead because he often stood guard at the south fence of the base. And because they passed over the base at relatively low altitude, he was able to determine that most were about 50 feet to 100 feet across.

They were not brightly colored, but mostly plain-looking with dull colors. He also often saw red lights trailing the UFOs as they flew overhead.

An intriguing observation he made was that many of the UFOs flew towards the ocean, and there was a steady flow of UFOs landing and taking off from the ocean.

The Marine claimed that the craft he witnessed appeared to be made of a “dull” metal with a series of blue lights. When they would enter the water, the blue lights could still be witnessed but would grow fainter and fainter, suggesting to him that whatever the object was, it was descending deeper into the water

Perhaps coincidentally, around 140 kilometers (90 mi) north of the US base in Gulf Breeze, Florida, there have been several UFO sightings that seem to match the descriptions of the craft as described by the unnamed marine, and may suggest they are originating from the same place.

One particular sighting came in November 1987, when Ed Walters claimed that he witnessed a strange object fly overhead from the coast. It emitted a bright, blue light that “trapped” him in its beam. He stated that while he was caught in it, everything around him was blue, and he could not move. Walters did manage to take several pictures of the craft. Hundreds of witnesses came forward to say they, too, had seen the strange object that evening.

There is debate over the credibility of his account. MUFON seemed to believe the sighting was genuine, while others have stated that the photographs were obvious fakes. In a strange twist, years after Walters’ claims, an investigation into his story was said to have discovered a model craft very similar to the object that Walters stated he had photographed in a house where he once resided. Supporters of his claims, however, argue that this model is an obvious “plant” to discredit him.