Home Ancient Mysteries Is this what Jesus Looked Like?
UNEXPLAINED MYSTERIES

This dark skinned, coarse, vacant-eyed, curly-haired man is the closest possible likeness of the historical Jesus, according to the latest forensic techniques. 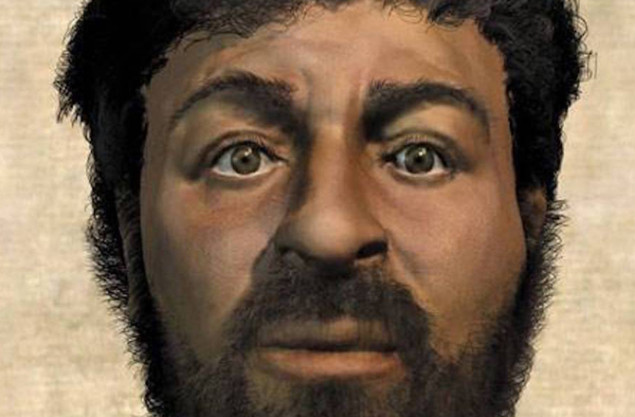 A far cry from the fair-skinned, blue-eyed and blond-haired man widely shown in sacred art, the image first appeared in a 2001 Discovery Channel/BBC co-production called “Jesus: The Complete Story.”

The reconstruction, created with a 2,000-year-old Jewish skull, ancient documents, advanced software and forensic techniques, simply shows a 1st-century Jewish man who would have lived in the harsh conditions of the time.

“Jesus certainly looked far more like that person than me and other males who live in the West,” James Charlesworth, professor of New Testament languages at Princeton Theological Seminary, one of the experts consulted in the documentary, said at that time.

“We in the West have for about 2000 years been wrongly influenced by an Aryan Jesus., who looks like us. Nothing is more unfaithful to Jesus,” he added.