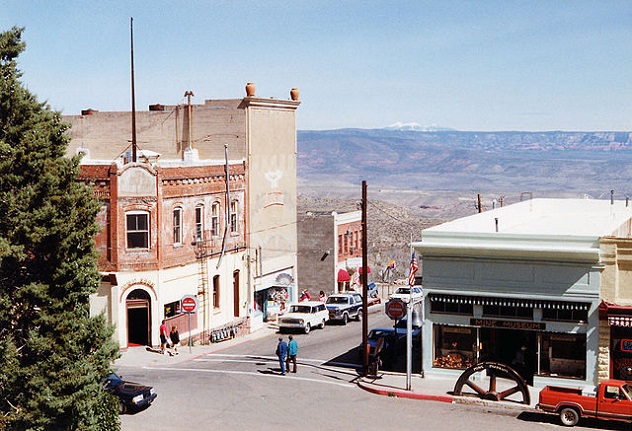 Is this America’s most haunted town?

Jerome, Arizona, is a ghost town, but not because it’s been abandoned by the living—because it’s been taken over by the dead. In the late 1800s, Jerome was a copper boomtown, a thriving speck of civilization in the sand-swept hill country of southwestern America. Miners and their families, high on the scent of easy money, poured into the town by the wagonload.

But where rough men gather, the bodies are sure to pile up. It wasn’t long before Jerome was dubbed “The Wickedest Town in America,” a cliche of the lawless American West—gunfights rang through the streets, mining accidents buried men under tons of rubble, and cheap brothels and Chinese opium dens opened up in the seedier areas of town.

Husband’s Alley was the hub of Jerome’s wheel of decadence, and it’s said that the ghostly calls of young girls can still be heard echoing through the empty streets. One ghost in particular that people claim to see is that of Sammie Dean, a prostitute who was strangled in her bed by a customer. She wanders through homes, looking for her killer.

But that’s only the tip of Jerome’s ectoplasmic iceberg. In a nearby mine, “Headless Charlie” haunts the dark tunnels, searching for the head that he lost in a freak accident. An abandoned clinic holds hordes of emaciated ghosts who died of the flu in 1917. Nearly every street and byway in Jerome has its own macabre tale to tell. 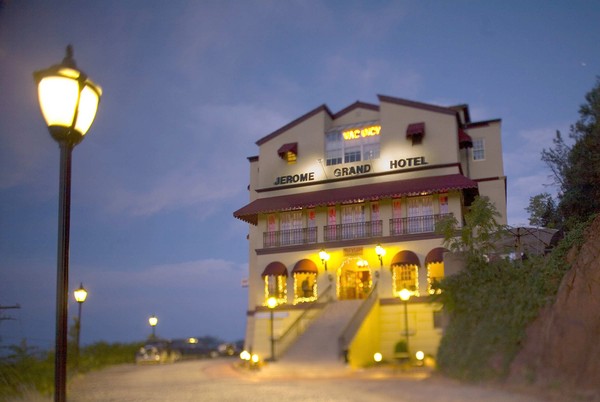 The bedcovers provide false security. People died on this floor, on the ones above and below. The Jerome Grand Hotel’s history has chapters written in blood. Souls at unrest loom, folks say.

Pulling the sheets over your face won’t hide the questions that hit seconds before slumber: Is the darkness empty, or is someone there?

The caretaker who hanged himself in the boiler room. The handicapped man who wheeled himself off the balcony. The executive who shot himself in Room 32. The unfortunate maintenance man, Claude Harvey.

Of Jerome’s supposed spectral residents, maintenance man Harvey is perhaps the noisiest. The 1926 Otis elevator killed him — came down on his head in 1935. Accident, murder, suicide? Still unclear. But visitors say strange noises emanate from the shaft where he was found.

The cab moves, unbidden, at all hours. “They say he plays with lights too,” said front desk clerk Debra Altherr.

As haunted hotel legend seems to dictate, there’s also a “Lady in White.” A guest reportedly woke one night to see her standing at the end of his bed, waving her finger.

In a book at the front desk, guests report these and other paranormal testimonies: footsteps, moaning, heavy breathing and untouched doors flying open. But the devoted hunt for digital proof on the hotel’s ghost tour, which provides an electromagnetic-field meter, infrared thermometer and a camera.

The Hotel Connor is reportedly haunted by at least two spirits, one male and one female. The female is referred to as “The Lady in Red”. Reports are numerous and varied as to what occurs in the hotel – from a woman whispering in your ear, being touched, cold spots, electrical appliances going on and off and dark shadows.