Home Modern Mysteries Jerome: The Mystery of the Man Who Came Out of Nowhere,
UNEXPLAINED MYSTERIES 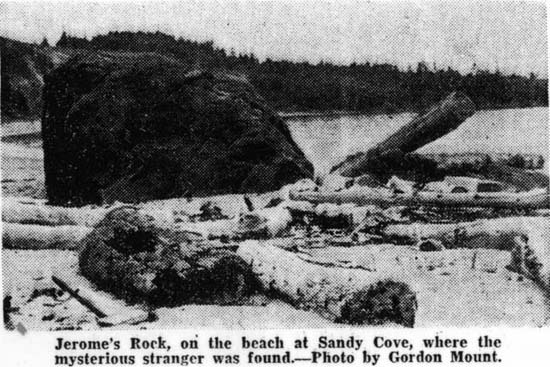 When a mysterious man with no legs was found on a beach in Nova Scotia, the locals took on the burden of caring for this stranger who seemed to come out of nowhere.

The Mystery Man of Nova Scotia

On September 8, 1863, an eight-year-old boy named George Colin Albright discovered a shocking sight on the beach near his home in Digby Neck, Nova Scotia: A semi-conscious man, probably in his late teens or early twenties, with no legs. When adult townsmen arrived, the man appeared terrified of them, desperately crawling back to the sea in an effort to escape. Despite his infirmity, he put up a frantic fight before he was finally brought to the Albright home. He was soaking wet from the rain that had fallen the night before, had a terrible cough, and appeared to be in a state of shock.

As the man slowly recuperated, he resisted all attempts to discover his identity. He was obviously hostile and sullen, and only muttered occasional unintelligible words. At some point, when asked his name, he said something observers believed sounded like “Jerome.” It is not at all clear this is what he actually said, but for the rest of his long life, “Jerome” became the name by which he was known. His legs had been expertly amputated above the knee. The wounds were completely healed, indicating the operation had taken place some time past. There was nothing on him to indicate who he was, or how he had appeared on the beach, although it was noted that his hands were unusually soft, suggesting he was of a status high enough to be unused to manual labor.

As time went on and the news of the mysterious young man spread, speculation about his identity became a worldwide guessing game. Was he a sailor? A soldier? A pirate? A member of the Foreign Legion? A spy? A prisoner of noble, or even royal status, a la Dumas’ conception of the Man in the Iron Mask? Did he have some connection with another famous Nova Scotia mystery, Oak Island?

Jerome never said. He lived with various households in the region, his upkeep paid by a modest stipend from the provincial government. He was a difficult houseguest. Jerome was generally surly, deeply depressed, and at times physically violent. He loathed most people, and obviously detested the attention he received as the local tourist attraction. He spoke occasional words or phrases, but never anything enough to provide solid clues to his identity. The mute hermit was fond of children—perhaps because he knew they could not hurt him the way their elders had—and when he believed himself alone with them, would become more communicative. However, one of his young friends recalled years later that when he thought adults had overheard him, “he showed great fear and would not speak anymore for a long time.”

At some time in the 1880s, a strange incident took place that has an air of apocrypha, but is widely retold as authentic history in the area. One day, two unnamed women came to the house where he was residing and asked to speak to Jerome in private. The three went off into another room, where they could be heard in earnest conversation, although it was impossible to make out what was said. As the women were leaving, one was heard to quietly say to the other, “He is well here. Let us leave him be.”

Jerome died of bronchitis on April 15, 1912. For someone who so hated the spotlight, he would have been pleased that his death was overshadowed in the press by the sinking of the “Titanic,” which took place the same day. He lies in the church cemetery of the Acadian village of Meteghan.

Strangely, it was overlooked that the solution to at least part of the “mystery of Jerome” was available all along—and the truth proved to be both more prosaic and more tragic than any of the speculations. What is known of Jerome’s story began in Chipman, New Brunswick, in 1859, when during a particularly harsh winter night, a young stranger was found in the backwoods, half-dead from cold. He had fallen into a river, but somehow managed to pull himself back up on the bank. However, his soaked legs were badly frostbitten, and soon began to gangrene. A local surgeon had no choice but to amputate them. No one could learn who he was or what he was doing in the community, although his speech and appearance led to the theory that he was Italian. When addressed, he muttered something that sounded like “Gamby,” so “Gamby” he was called in New Brunswick. (It was later suggested that the man was really saying “gambia”—Italian for “leg.”)

Gamby quickly became an unpopular burden on the community. He had a violent, morose personality, he could not or would not reveal his identity, and the Chipman Overseers of the Poor became increasingly resentful that their time and taxpayer money had to be devoted to his care.

In 1863, some of the Chipman authorities took heartlessly brutal steps to relieve them of this unpleasant and unwanted guest. They arranged for a local man of notoriously shifty character to put him on a ship bound for Liverpool, where he could then contact the embassy for his native land for transportation to wherever his home might be. It is highly unlikely that the Overseers truly imagined this legless, uncommunicative, penniless man would be capable of doing all this, but this was their cover story, and they stuck to it. What actually happened was that “Gamby” was simply shipped to Nova Scotia—presumably far enough away for New Brunswick to disclaim any knowledge of him—and dumped at Digby Neck. 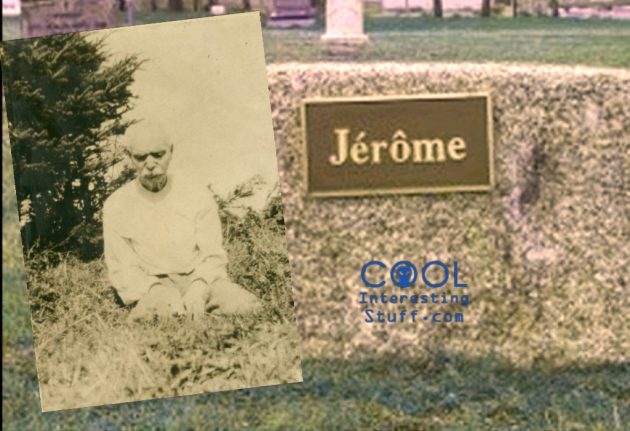 Soon after “Jerome” was discovered, rumors spread that he was Chipman’s strange visitor. In fact, a little over a week after Jerome was discovered in Digby Neck, the “Saint John Freeman” carried a story condemming the “savage barbarity” of those responsible for dumping this “poor miserable helpless creature” in Nova Scotia. If he had died before being discovered, the paper declared, the Chipman authorities would have faced murder charges. The whole affair created a great deal of angry comment in the New Brunswick press. In October of 1863, a Nova Scotia newspaper, the “Christian Messenger,” commented: “We remember seeing, in a New Brunswick paper, a week or two since, an account of the removal of a person exactly similar to the unfortunate stranger [Jerome]…from some part of their province. The person who took him in charge was paid, as we understood, to take him to New York or Boston, that he might be sent thence to his own country.” In 1905, when the “Gamby” story was revived, Senator George Gerald King, who was the leading citizen of the Chipman area, matter-of-factly confirmed that “Jerome” and “Gamby” were one and the same. While acknowledging that the legless man had been “inhumanely abandoned,” he sought to defend his hometown by suggesting that it had been done at the behest of the St. John authorities, rather than the residents of Chipman.

So, with all this, how did Jerome’s true history remain ignored, even by many to this day? The poor communications between local communities that existed during his time offers only a partial explanation. It is understandable that the New Brunswick authorities would want their despicable actions overlooked, but how did everyone else manage to ignore a solution so clearly hiding in plain sight? It can only be seen as a tribute to humanity’s love of a good mystery. The silent amputee was a worldwide sensation and valuable tourist attraction when he was a complete puzzle. As merely the victim of a devastating, but all-too-common, accident in the woods, he immediately became far less fascinating—and valuable. Human nature always prefers glamorous enigmas to depressing answers.

Even with this additional knowledge, Jerome still manages to baffle. No one knows who he really was, where he came from, or why he was in New Brunswick on that fatal night in 1859. His strange silence ensured that he remains a classic question mark. That leads to the most peculiar thing about him—why did he keep these personal details to himself? The general assumption has been that he had some guilty secret to protect, or was simply exercising a perverse stubbornness. However, Fraser Mooney Jr., author of “Jerome,” which will likely remain the definitive book on the subject, offered a highly convincing theory of the man’s silence that is, like the facts surrounding his amputation and abandonment, horrifyingly simple. This researcher proposed that Jerome never articulated his story because he was unable to do so. Mooney believed that Jerome’s hypothermia, coupled with the physical and mental shock of major surgery in what must have been primitive conditions, caused him to suffer a stroke (or a series of small strokes) that left him aphasic. To put it simply, Jerome suffered injury to his brain that severely damaged his ability to articulate speech and comprehend spoken or written words. Much of his rage and fear likely stemmed from a highly understandable frustration from being unable to clearly express himself, along with an impaired ability to understand everything that had befallen him.

If Mooney’s diagnosis is correct, poor Jerome personified Harlan Ellison’s dark fantasy: “I have no mouth. And I must scream.”