Mary Ann Moorman was a witness to the assassination of U.S. President John F. Kennedy. She is best known for her photograph that shows JFK a fraction of a second after being shot in the head. During the event, Moorman was standing directly across from the grassy knoll, about 15 feet (5 m) from the presidential limousine. Her photograph was taken approximately one sixth of a second after the bullet’s impact. The image has caused controversy. Some claim to have identified as many as four different figures on the grassy knoll. With the most well known figure being a uniformed police officer named the “badge man.” Others claim to see Gordon Arnold or a man in a construction hard hat. People also point to the light color observed over the wall (left side), which looks like photo doctoring.

The story of Gordon Arnold is an interesting one. In 1978, Gordon claimed that before the assassination he was twice approached by a business-suited CIA or Secret Service agent who demanded that he move from behind the picket fence of the Dealey Plaza grassy knoll. Arnold claimed that he moved just south of the picket fence and filmed the assassination with a movie camera. During the event, a bullet passed extremely close to his left ear and in response Gordon hit the ground. He was then approached by an armed officer dressed in a Dallas police uniform. The man kicked Arnold while on the ground and demanded the movie film. Another man was armed with a rifle and dressed in a Dallas police uniform. He was wearing yellow lens tinted “shooter’s glasses” and stood close by crying, shaking, and waving his rifle around.

The Moorman picture has been digitally enhanced for television documentaries. In the photo, blood and brain fragments can be seen exploding forward, which contradicts the theory that the shot came from the front. Moorman’s original photograph was never confiscated by the FBI and in 2008 she sold it on ebay for $175,000. On the contrary, a second picture taken by Mary Moorman that shows the sixth-floor window of the Texas School Book Depository moments before the assassination was lost. The picture was confiscated by the FBI and never published. It probably shows Lee Harvey Oswald or anyone who may have been shooting at the President’s car. Another interesting photograph was taken by Phillip Willis (number 5) seconds before the fatal head shot. Willis said he took the picture after being startled by a gunshot, possibly the first shot. In Willis’ photograph, the grassy knoll can be seen and some have identified the “black dog man.” 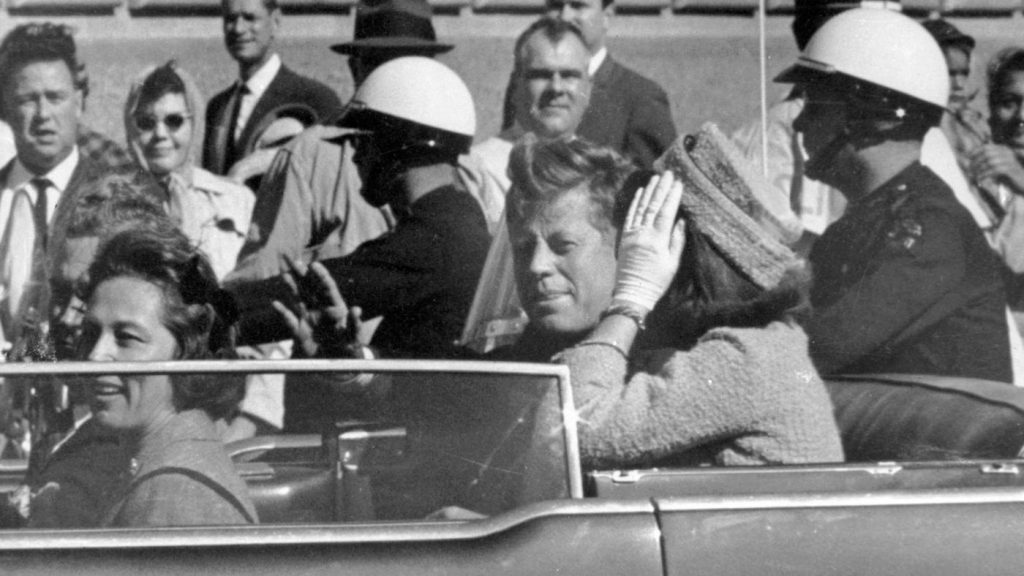 What does the Moorman photo really show?

More mysteries on the JFK assassination