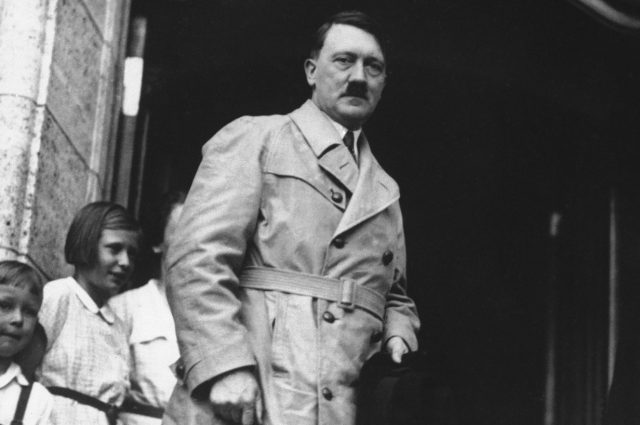 It’s regarded as a historical fact that Adolf Hitler killed himself on April 30, 1945, when it became increasingly clear that Nazi Germany would fall to Allied forces. But recent investigations offer plenty of evidence that Hitler escaped

New released CIA document that says that Hitler was in Colombia, also a CIA photo of Hitler in the town of Tunja where he met with another Nazi named Phillipe Citroën in 1954

An informant told the CIA that Adolf Hitler survived World War II and was living with ex-Nazis in Colombia in the 1950s, according to newly declassified documents.

The source told the agent, whose code name was Cimelody-3, the former Fuehrer was alive and that an ex-SS agent named Phillip Citroen had been in touch with him in the city of Tunja, according to the memo, released as part of the files related to JFK’s assassination.


Citroen told the informant he saw a man who strongly resembled Hitler while working in “Residencias Coloniales,” a neighborhood populated by former Nazis. He said Germans living there followed this alleged Hitler with “an idolatry of the Nazi past, addressing him as ‘der Fuehrer’ and affording him the Nazi salute and storm-trooper adulation.”

The former SS agent also had a photo of himself with the suspected Hitler, who allegedly went by “Adolf Schritteimayor.”

CIA memos make it clear the agency was skeptical of this report, calling it a “fantastic” story and “an apparent fantasy.”

“Neither Cimelody-3 nor this Station is in a position to give an intelligent evaluation of the information and it being forwarded as of possible interest,” read the memo, sent by the chief of station in Caracas.

Hitler committed suicide by gunshot and cyanide in a bunker as the Soviet army rushed into Berlin on April 30, 1945

Did Hitler escape via Spain?