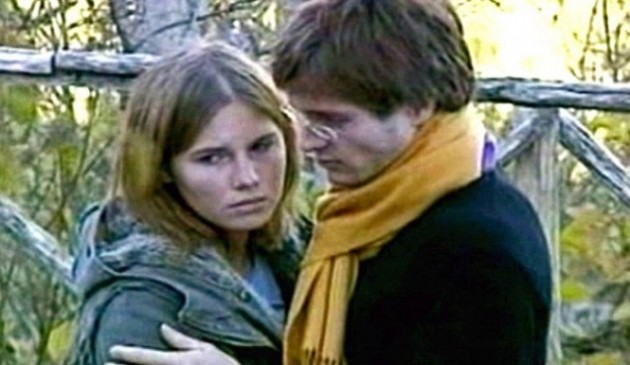 Last year Italy’s supreme court ordered a retrial, which convicted her of murder for a second time.

The appeal court in Florence found in January last year that it was Knox who delivered the fatal knife blow to her 21-year-old roommate.

It added that the British student’s wounds indicate multiple aggressors and that the two exchange students fought over money on the night of her death.

Soon we will find out the appeal courts ruling:

In a stunning turn in a legal saga that has lasted more than seven years, Italy’s high court has not only rejected the convictions of Amanda Knox and Raffaele Sollecito, it has annulled them and declined to order another retrial.

After 10 hours of deliberations, the ruling closes the case, and Knox and Sollecito are free without fear of charges or, in Knox’s case, extradition to Italy.

Near Knox’s home in Seattle, Nicky Woolf hears what he believes are fireworks.

The Court of Cassation had been expected to decide later today but closing arguments went slowly and judges rescheduled for Friday morning.

A confirmation of the convictions could trigger a complicated battle to try to extradite Knox from the United States.

Sollecito, whose passport has been withdrawn and who attended the hearing, could be arrested.

The court might, however, overturn the conviction, and then either order yet another trial or effectively acquit the two – though legal experts said that last option was unlikely.

Both Knox and Sollecito have maintained their innocence throughout.

The conviction of Amanda Knox was thrown into question last week after a juror said she had ‘grave doubts’ over her involvement in the murder of British exchange student Meredith Kercher.

Genny Ballerini, one of the citizen panel judges at the last trial, has slammed the prosecution’s case citing ‘questionable proof, flimsy evidence and bizarre testimony’.

Job centre worker Ballerini labelled the motive, that Knox supposedly killed Meredith after she complained about the American leaving the bathroom dirty, as ‘nonsense’.

“You do not massacre a girl because she complained about a bit of a stink in the bathroom,” she said.

The 48-year-old then hinted she felt the two former lovers did not receive a fair trial saying there was “an atmosphere of guilt” in the deliberation room before it even began.