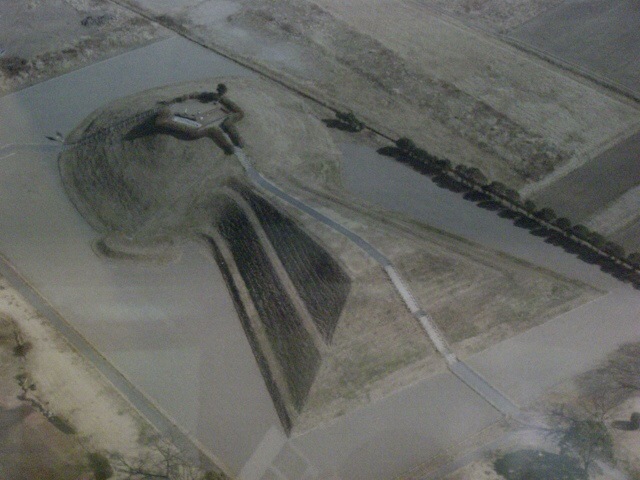 The landscape of Japan hides many typical ancient megastructures, that are not found in this form in any other part of the world. They are called kofun, which means ‘ancient mound tomb’ or ‘ancient grave’ in Japanese and related languages. The best known is the Daisen Kofun, measuring 480 by 300 metres and a height of 35 metres, but there are many others as well. 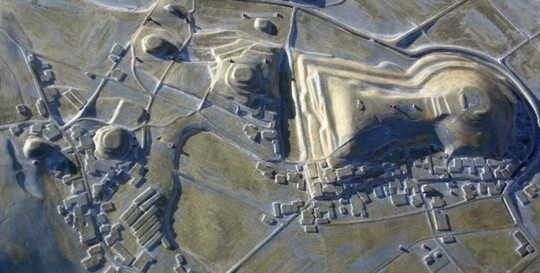 From the ground, large kofun often look like just another hill or mountain. But from the air their particular keyhole shape can be seen. A keyhole-shaped kofun is typically a tumulus divided in a part where a royal was buried (the round part of the ‘keyhole’) and a space for the performance of rituals. Nowadays, kofun are the property of the Japanese emperor. They are forbidden territory. Japanese people still believe that they hav mysterious powers and incorporate them in their religious beliefs.

Kofun are thought to have been built between the third and seventh century AD. The stories of their construction are similar to those of the Egyptian pyramids and other ancient megastructures: it took thousands of workers several years to build them. 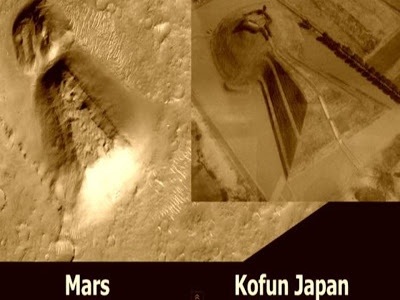 This geometric structure that NASA’s Curiosity rover located on Mars is very similar to the ancient structure that still remains in Japan to this day. We don’t really know enough about either structure to determine if there is a link. It could well be that this similarity is just a coincidence but it warrants further study and it is worth keeping an eye out to see what else is uncovered on Mars.