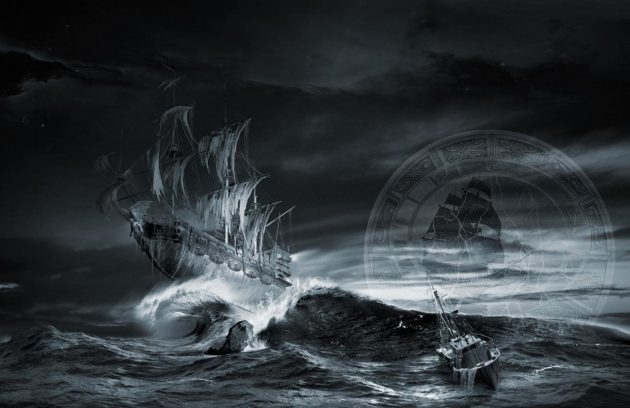 The true story of Lady Lovibond

There is a legendary story of a ghost ship called the Lady Lovibond that appears every 50 years near Kent, England which was reputedly involved in one of the hundreds of marine tragedies associated with the hazardous Goodwin Sands. The Lady Lovibond’s legend is one of the most famous ghost ships which overwhelmed with romance, jealousy, and revenge. Also involve an old sailors’ superstition that it was bad luck to bring a woman during a cruise.

The legend began when Simon Peel (some account named Simon Reed), the newly wed captain was celebrating the occasion with a cruise on February 13, 1748. The ship was on its way from London to Oporto in Portugal. However, John Rivers, the ship first mate, fell in love with the captain’s bride, Annetta. Filled with jealousy and anger, he deliberately steer the ship towards the Goodwin Sands, which often causing a shipwreck. The crash killed all passengers almost instantly, leaving no survivors.

The sightings of the Ghost Ship Lady Lovibond was first seen in 1798. On February 13th, 1798, the Edenbridge’s skipper made a log entry to the effect that he had almost collided with a schooner, a three master, which was sailing straight for the Goodwin Sands. Fifty years later, the next sightings occured in 1848, when the lifeboat crew from Deal went to the rescue of a schooner that seemed to be in distress on the notorious sands. When they reached the spot where they had last seen it, there was no trace of any vessel at all.

Witnesses over the centuries have claimed not only to have seen the ship’s ghostly outline, but they also have heard the happy voices of the celebrating guests immediately before the phantom vessel ran onto the Goodwins. In 1898 and 1948 it was seen again. According to the fishermen in the area, the ghost ship was last seen in 1998. And the next sighting will occur in the year 2048.