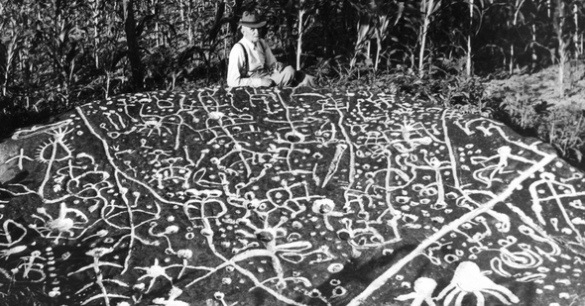 Traveling west out of Asheville, North Carolina and crossing the border into Jackson County, one can trace the Caney Fork River along toward the little Tuckasegee community, following NC Highway 107 heading out of the nearby campus town of Cullowhee. There, off a gravel road running between two pastures, is one of the most underrated–and often overlooked–wonders anywhere in the Eastern United States.

Known today as “Judaculla Rock”, the strange stone mound protrudes from the earth just as it did centuries ago, much earlier even than the Cherokee Indians had begun to inhabit the region. According to most estimates by geologists, the stone’s markings date back as much as 3000 years, though on Raliegh-based group a number of years ago supposed that some of the petroglyphs covering the boulder could be twice as old as previous estimates, if not more.

Of all the curious symbols that appear along the stone’s surface, one particular image stands out among the rest, resembling vaguely a hand-like imprint. According to legend, this portion of the stone marks the place where an ancient Cherokee god of the hunt, known as “Tsul’Kalu’,” had leaped from a nearby mountain, and landing within the valley below, had steadied himself against what is now Judaculla Rock. This is, in fact, merely one of several legends regarding Tsul’Kalu’ that still exist, many of which have some fairly remarkable tie-ins with mysterious discoveries of “giants” alleged to have existed in the ancient Americas. 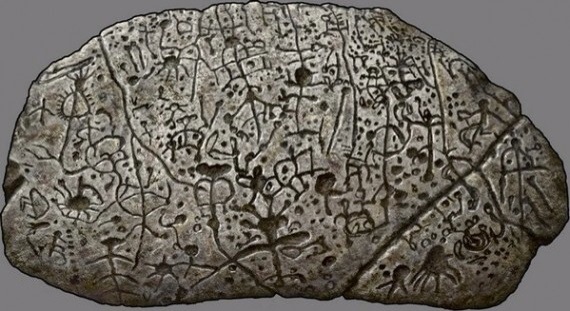