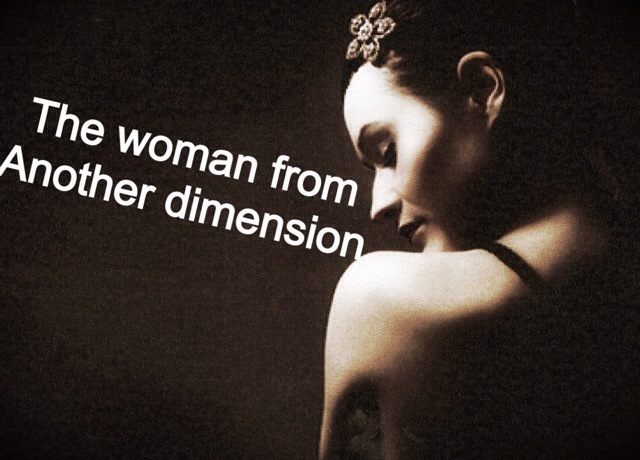 On July 16th, 2008 a woman by the name of Lerina Garcia Gordo posted a comment in an online forum asking for help. The 41 year-old Spanish woman claimed to have woken up in a parallel universe. A world not-unlike the one she had left before going to sleep. However small inconsistencies in various aspects of her life began to convince her that she was in fact, living in an alternate reality.

This is the strange story of when a woman from a parallel universe found herself in our reality. Is this a simple case of some sort of mental health problem or is there some substance to it?

It is tale about a parallel universe found in Spain where a woman named Lerina García woke up one morning to find she was in ‘our’ dimension instead of her own.

She actually went online in 2008 to specifically ask for help off the experts as she was convinced she had slipped dimensions. It’s a wonderful story in my opinion as she seems very intelligent and very lost at the same time – check out the first excerpt from her forum post back in 2008:

“Hello, my name is Luz, I have 41 years and I think I jumped into a parallel universe. I find it hard to tell because everyone will think I’m a psychotic, and no one will believe me. Please, if anyone has had a similar experience to write me an email”

I don’t know what it is – maybe it’s the fact that the message sounds calm yet lost at the same time? Something always grabs my attention in her post.

She then carries on to explain that this all had nothing to do with time travel – she simply woke up one day and everything was different!

She points out it was mainly the ‘small things’ in her life that had changed. The first thing she noticed was the sheets on her bed had changed to sheets that were unfamiliar. She didn’t really pay this much attention and set off to work.

When she got to her office in work she found out that it was not there any longer. She looked at all the names on the doors but her’s was not one of them. She thought she must of been on the wrong floor but she was not – this was the correct floor!

The transcript of her forum post I encountered had been translated from Spanish to English but they have not done the best job on it. From what I can gather I think she had a new boyfriend in her original home but once she arrived at this parallel universe found she was back with her ex. Read through the excerpt below and see if you can grasp what I’m saying……

“6 months ago I’m not with my partner of 7 years, we left and started a relationship with a guy in my neighborhood. I know him well, I’ve been 4 months with him and know his name, address, where he works as a child you have and where he is studying. Well, now there is this guy. It seems that existed before me ‘jump’ but now no trace, I hired a detective to look for it and there in this ‘flat’”

It wasn’t long before she thought she must be experiencing some sort of hallucination so she paid a visit to a psychiatrist. She was told it was all attributed to her stress levels but she does not go along with this theory.

She cannot get over the fact that her boyfriend of 4 months ( see excerpt above ) never existed – both himself and his son seem to have been figments of her imagination!

In July 2008, a well-educated 41-year-old woman named Lerina Garcia woke up in her bed on what seemed to like an ordinary day. However, as she went on with her normal routine, she claims she found small details that seemed peculiar.

For example, her sheets and pajamas were different from what she remembered wearing to bed.

She resolved to brush off this curiosity and drove to her place of work, where she had been employed for 20 years. However, upon arriving at her department, she realized it wasn’t actually her department, despite being in its usual location on its usual floor.

Having decided that something weird was definitely going on, she returned home only to find the man from whom she says she had separated six months before, who acted like the separation had never taken place. Her new lover, whom she claimed she had been seeing for four months, was nowhere to be found.

Even after hiring a private detective, his whereabouts remained unknown. There was no trace of him at his alleged residence nor any trace of his family.While it seems more likely that Garcia’s perceptions are the result of some neurological malfunction, she believes she woke up in a parallel universe. Unfortunately for the alleged dimensional traveler, Garcia has not been able to return to her normal universe, leaving her stuck in a dimension where she doesn’t belong with a boyfriend she can’t get rid of.