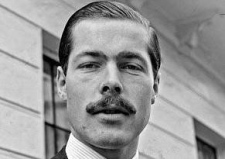 Of all of life’s mysteries, big or small, that of Lord Lucan occupies a peculiar place in the public imagination.

We remain, of course, fascinated by it; remain eager to speculate and pontificate, now almost certainly safe in the knowledge that no-one is ever going to come forward and spoil the mystery by actually solving the thing.

Is he dead? Is he living in Africa? Did he throw himself of a cross-Channel ferry? Did John Aspinall feed him to the lions? Do we really, honestly, care?

After all, this is a man who brutally murdered his nanny. His only defence, and hold on to your hats as it’s a pretty dire one, being that he thought she was his estranged wife. But then he spoilt that by viciously attacking her too – she potentially only saved her life by fleeing to a local pub and raising the alarm while he hot footed it out of swanky Belgravia in London never to be seen again.

And all the while, his young children slept quietly in their beds just above the scenes of savagery.

He then did the gentlemanly thing by running away and not facing up to the justice he so richly deserved.

Yet, we remain, collectively, fascinated by him. He was, after all, one of the upper, privileged class. A man who mingled with the movers and shakers, and who had enough money to be able to live a life which was dominated by high stakes gambling.

In short, he lived a life-style many would, excuse the poor-taste line, kill for, yet he still managed to so spectacularly balls it up.

And should you be left still perhaps feeling a twang of misplaced sympathy for him, his closest friends were happy not to tell him to face justice, but potentially assist his passage to somewhere other than the UK and evade capture.

Or, of course, they didn’t.

But you cannot help thinking the mystique which grew around Lucan and his disappearance did no harm at all to their reputations and managed to keep them in the national public eye for many a decade.

And there’s nothing more alluring than a mystery which could potentially be solved should someone – preferably a famous person – open their mouth and spill the proverbial beans.

No, Lord Lucan and his disappearance will forever remain one of those stories we never get to the bottom of.

The chances are he topped himself one way or the other on that fateful night in November 1974. But that wouldn’t be very exciting. Papers would not be sold as a result.

Far more intriguing is the prospect he disappeared to deepest darkest Africa and lived a secret life a long way from the allegedly long arm of the law.

We can assume the Freddie Mercury moustache left his upper lip pretty sharpish if indeed he did, and that after a catalogue of quite staggeringly stupid actions, he did at least switch on the brain cells and decide to keep out of sight for the remainder of his life.

Nearly 40 years on, the story has recently taken a slightly new twist. A BBC report – presented in a manner which suggested a mystery which had alluded police, private investigators and the media – had indeed been solved.

The proof was a woman who was once a secretary at John Aspinall and James Goldsmiths’ London casino. Despite both men carrying the secret – again, if indeed there was one – of Lucan’s whereabouts to their graves, they apparently confided vital information to this woman