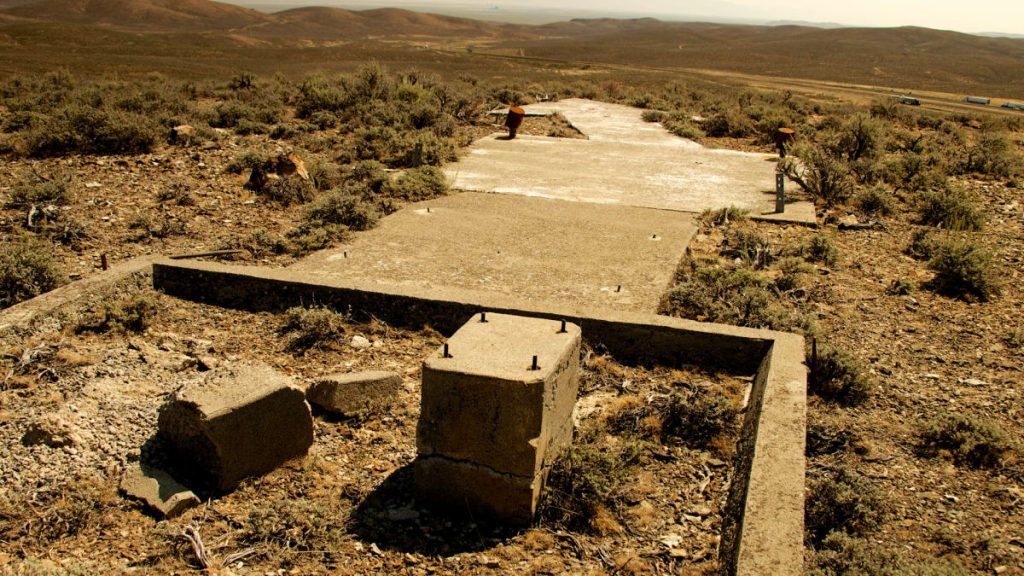 In November 1885, Guillermo Farini (aka William Leonard Hunt) wrote a report about a strange and mysterious city he had come across in the Kalahari Desert.

In his book Farini describes the ruins as  :

On a lone and desolate spot;
A temple – or a tomb for human bones
Left by men to decay and rot.

A relic, may be, of a glorious past,
A city once grand and sublime,
Destroyed by earthquake, defaced by the blast,
Swept away by the hand of time.

He described mysterious rock formations which he was convinced were ruins of the ancient city. He claimed the city was built in the form of an arc, with some parts hidden under the sand and other parts visible. He couldn’t find any inscriptions and guessed that the city would be thousands of years old.Over the years, these findings turned into rumors about an ancient city right in the center of the Kalahari, which is now covered completely by desert sands.

Apparently, even the Khoi Khoi in the area have stated that there used to be an ancient city which was not built by them. Historian Gustav Prelude also claimed that the Khoi Khoi were willing to lead him to the ruins in the north of the area and to a place even further where precious stones had once been discovered.More searches have been undertaken to find the ruins of the city and to try and prove Farini’s story to be correct. However, the mystery has now become somewhat of a myth, with some people claiming to have seen quarries or even shipwrecks in the middle of the desert.

Also, nothing came of these searches. Professor A.J. Clement tested Farini’s theory and concluded that he never actually reached the Kalahari Desert but went another route instead, where he found natural rock formations composed of dolerite which, when eroded, can look man-made.

Then, in 2016, another expedition was undertaken to the Kalahari (broadcast on the Travel Channel), and walls and rocks were found that matched the original description by Farini.

However, it still remains unclear whether these structures were man-made.