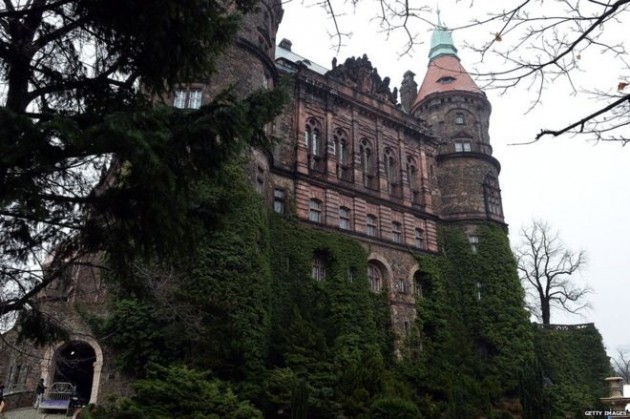 The Silesian Nazi gold train legend has intrigued Poles for decades and caused many treasure hunts.
The legend goes that in late 1944 or early 1945, as the Red Army advanced further westwards during the final days of World War II, the authorities in the Lower Silesian capital of Breslau (now Wroclaw) collected several tons of gold bullion from the city’s residents and deposited it in police headquarters.

The gold was then loaded on to a train that was to take it deeper into the territory of the Third Reich.
But the train disappeared and when the war ended the Allies gave Lower Silesia to Poland in compensation for the larger chunk of territory it lost in the east to the Soviet Union.
One story has a train located in an underground siding near the 13th Century Ksiaz Castle, another locates it in the hills near Piechowice.

The train is found!

Now two men, a Pole and a German, have hired a lawyer and informed the local authorities in the town of Walbrzych, near Ksiaz Castle, that they have located a train in an underground tunnel that may in fact be mined.

The men are requesting 10% of the value of the discovery.
The intriguing aspect is that the Germans did build a complex system of tunnels in the area.

In 1943-45 the Nazis used forced labourers and POWs to build 9 km (5.5 miles) of tunnels below Ksiaz Castle and in the surrounding Owl mountains.

The surviving documentation is inconclusive, but some say the Nazis’ Project Riese (“Giant”), which was never completed, was designed to construct a new headquarters for Hitler.
Others say that the tunnel complexes would also be used as underground factories. Some of the tunnels are now a tourist attraction.