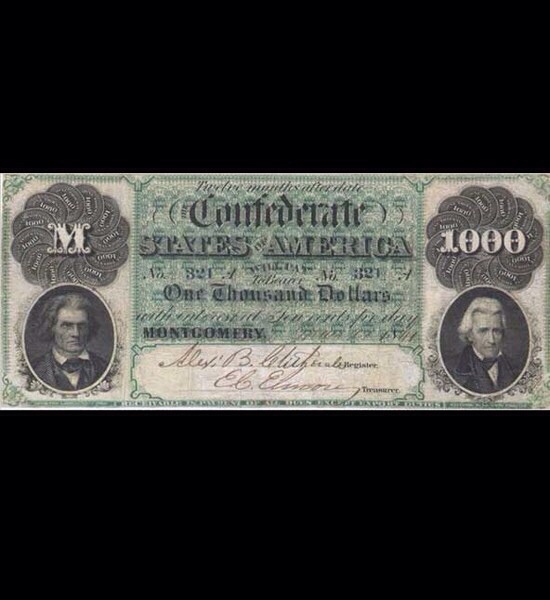 One of the most enduring and bizarre mysteries of the American Civil War is the final fate of millions of dollars worth of silver from the Confederate treasury.

As the Union began its final path to victory, Confederate treasurer George Trenholm liquidated the South’s assets, with some saying that he passed them off to a group called the Knights of the Golden Circle to hide until the South could rise again. When President Jefferson Davis abandoned Richmond in April 1865, his men carried nearly a million dollars in gold, silver and jewels, but when he was captured just six weeks later, Davis had only a few Confederate banknotes.

One of the biggest lost investments was 39 kegs of Mexican silver coins weighing more than 9,000 pounds, which disappeared without a trace as the Confederate army retreated. 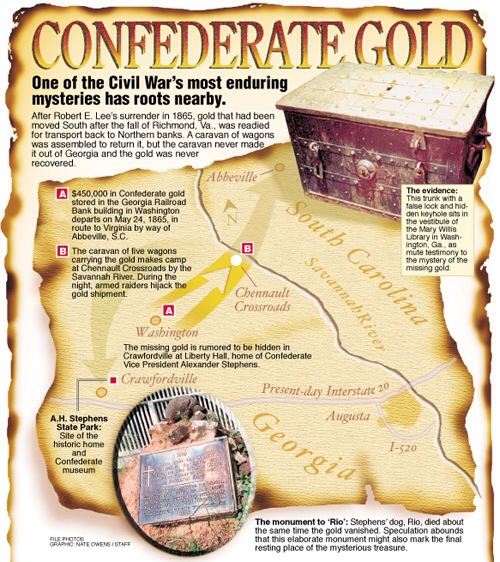 The facts seem simple enough: On April 2, 1865 the Union Army faced tattered and battle-weary Confederate soldiers defending Richmond, Virginia under the overall command of General Robert E. Lee. Realizing that his lines could not hold and that the fall of the Confederate capital was imminent, General Lee sent an urgent message to President Jefferson Davis that the government must evacuate or face certain capture. Late that night a special train carrying the President and Members of the Confederate Cabinet departed Richmond for Danville, Virginia. Although the news was bleak, it was the hope of all on board that the struggle could be continued.

Shortly after midnight a second train departed the Richmond station following the fleeing government south. On board were all the hard currency reserves of the Confederate States of America guarded by a group of young midshipmen from the Confederate Navy who had scuttled their vessel in the James River. Amongst the official records of the Confederacy were many—some say hundreds—of crates and barrels containing gold and silver coins, bullion, and a substantial amount of fine jewelry donated to the Cause by women across the South. In addition there was more than $450,000 in gold from Richmond bank reserves, taken to keep it from falling into the hands of the invading Yankees.

By the end of the day on April 3, 1865 Richmond lay in ashes as occupying Federal troops had fanned out across the city looking for stragglers. Over the ensuing weeks, Lee surrendered to Ulysses S. Grant at Appomattox Courthouse, Lincoln was assassinated, and the dwindling band of Confederate fugitives continued to work their way south, hoping to escape west beyond the Mississippi, or perhaps overseas to Cuba or Britain. When Jefferson Davis and his ragged group were finally captured by members of the Fourth Michigan Calvary near Irwinville in south Georgia on May 10th they had only a few dollars in their possession. The fabled riches of the vast “Confederate Treasure” were not to be found.