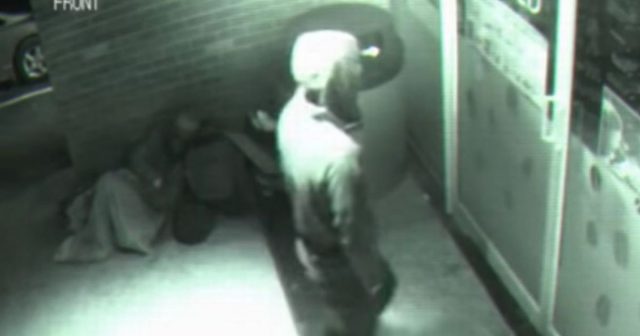 The footage above that shows a man walking through the doors of a closed shop and into some kind of flashing portal appeared online in April 2016. However, there was no indication of where it was shot or any proof of its authenticity.The man seemingly walks right through the locked doors in a strange flash (that also appears to affect the security camera). Once inside, other similar “flashes” can be seen before he appears to walk back through the locked doors again.

While some people have nicknamed the hooded person the “time-traveling ghost,” others have theorized that the use of portals may have been responsible for the feat. As you might expect, most people believe that the video was simply a clever hoax.