Manuel Blanco Romasanta was Spain’s first documented criminal psychopath and serial killer – he was also believed to be a werewolf. Romasanta confessed to thirteen murders in the mid-nineteenth century and he told the court which tried him that he was afflicted with a terrible curse that turned him into a ravenous wolf. Over 20 witnesses supported his claims

Today in Spain – Romasanta is still considered to be a genuine werewolf! 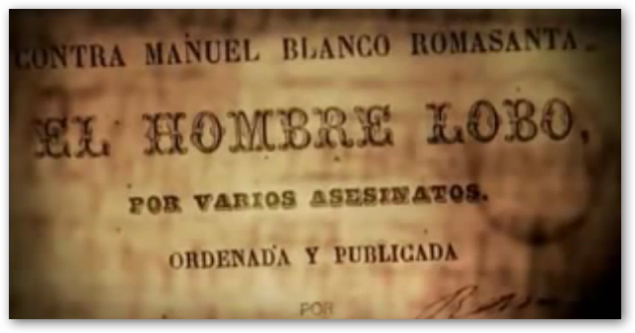 But was he really a werewolf?

Manuel Blanco Romasanta was born in the small village of Regueiro, Orense province on November 18, 1809. Considering the times, he did quite well – he knew how to both read and write, which was pretty uncommon at the time. Romasanta eventually worked as a tailor, but when his wife died he then left home to become a traveling salesman.

When traveling outside of Galicia, Romasanta got his very first murder charge. Vicente Fernández, the constable of León, was found dead and Romasanta was judged by default for failing to appear in court. In 1844 he was sentenced to 10 years.

But, he had returned to the mountains of Orense and used the village of Rebordechao, in Vilar de Barrio, as his hideout while he continued to work as a peddler. During this time quite a few women and children connected with Romasanta had disappeared.

He offered to act as a guide to newcomers in town looking for work; he even brought back news for their families. Seven of these women and two children traveling with their mothers were never seen again. And Romasanta, being the idiot that he was, made the mistake of selling his victims’ clothes. On top of that, there were also rumors that he sold human fat.

Eventually his evil deeds were put to an end when he was captured in Nombela, Toledo, and brought to trial in Allariz, Orense, in September 1852. Manuel Blanco Romasanta’s court case lasted seven months and in the end he confessed to nine murders

This is a translation from the original court transcripts

The first time I transformed, was in the mountains of Couso. I came across two ferocious-looking wolves.

I suddenly fell to the floor, and began to feel convulsions, I rolled over three times, and a few seconds later I myself was a wolf. I was out marauding with the other two for five days, until I returned to my own body, the one you see before you today, Your Honour. The other two wolves came with me, who I thought were also wolves, changed into human form. They were from Valencia. One was called Antonio and the other Don Genaro. They too were cursed …

we attacked and ate a number of people because were hungry. 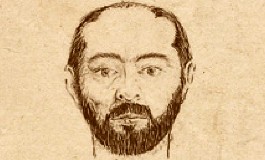 Shortly after his conviction legend has it that Romasanta vanished from the prison in Celanova. The records for the prison are no longer available – but a number of Spanish books cover his disappearance

” It was the night before the moon was full, when the guard discovered Romasanta not in his cell, not in the community washroom and not in any place of the prison. The guard reported to the warden – who in turn reported it to the Queen.”