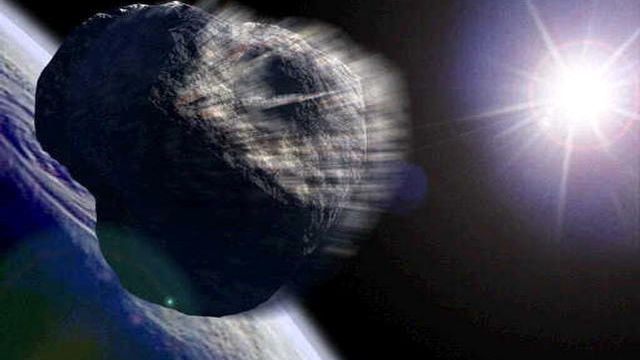 An asteroid about half the size of a football field will zoom past Earth on  Feb. 15, closer than the man-made satellites that power GPS, says NASA.

“This is a record-setting close approach,” Don Yeomans of NASA’s Near Earth  Object Program at JPL said in a video released by NASA this week. Yeomans,  however, emphasized that the asteroid, designated 2012DA14, won’t hit Earth.

“It will come interestingly close, closer than many man-made satellites,” he  said.

2012DA14 will thread the gap between low earth orbit, where the International  Space Station and many earth observation satellites are located and the higher  belt of geosynchronous satellites, which provide weather data and  telecommunications.

At its closest point, the asteroid will only be 17,200 miles above our  planet’s surface.

“The odds of impact with a satellite are extremely remote,” Yeomans adds. “Almost nothing orbits where DA14 passes the Earth

At 50 meters wide, the asteroid is “neither very large nor very small” and is  probably made of stone as opposed to ice or metal. Yeomans estimates that an  asteroid flies past Earth, on average, every 40 years, yet actually hits the  planet once every 1200 years or so.

Even if DA14 did strike the planet, the impact wouldn’t be cataclysmic,  unless, of course, you happened to be near it. A similar sized object created a  mile wide crater in Arizona. That one was made of metal, devastating the area 50  miles around.

“That asteroid was made of iron,” says Yeomans, “which made it an especially  potent impactor.”