This incredible picture shows the huge dust storm that swallowed up Phoenix in 2011. The violent sandstorm – also known as haboob – originated in Tucson and appeared to be 50 miles wide in some areas. The dust cloud reached heights of 10,000 feet before arriving in Phoenix. It was caused by “the downdrafts of a collapsing thunderstorm complex generated by the Southwest monsoon,” wrote washingtonpost.com.

Sandstorms are a common meteorological phenomenon in Arizona, but locals and researchers said the storm of July 5th was unusually intense. The size of the storm, and the amount of dust it picked up, were extremely unusual.. 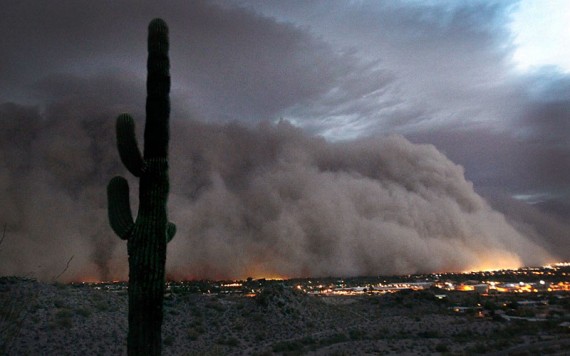