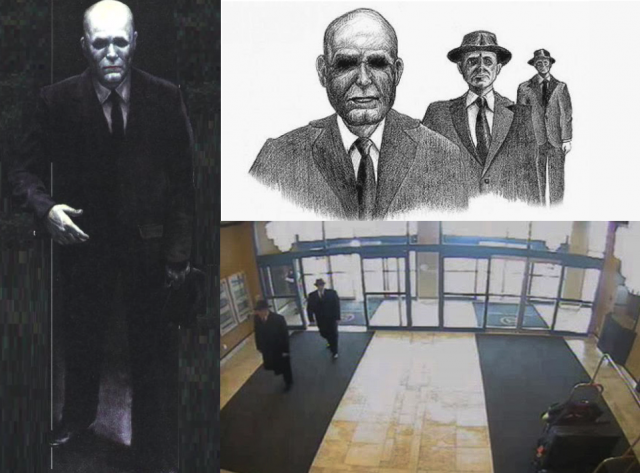 Hidden among the avalanche of documents leaked by Edward Snowden were images from a Powerpoint presentation by GCHQ, entitled The Art of Deception: Training for a New Generation of Online Covert Operations. Images include camouflaged moths, inflatable tanks, women in burqas, and complex diagrams plastered with jargon, buzzwords and slogans: “Disruption Operational Playbook”, “Swap the real for the false and vice versa”, “People make decisions as part of groups” and, beneath a shot of hands shuffling a deck of cards, “We want to build Cyber Magicians”. Curiously, sandwiched in the middle of the document are three photographs of UFOs. Not real ones – classic fakes: one was a hub cap, another a bunch of balloons, and one that turned out to be a seagull.

Devout ufologists might seize upon this as further proof that our governments “know something” about aliens and their transportation methods, but really it suggests the opposite: the UFO community is a textbook case of a gullible group susceptible to manipulation. Having spent too long watching the skies and The X-Files, it’s implied, they’ll readily swallow whatever snippet of “evidence” suits their grand theory.

If there really is a UFO conspiracy, it’s surely the worst-kept secret in history. Roswell, Area 51, flashing lights, little green men, abductions – it’s all been fed through the pop culture mill to the point of fatigue. Even the supposed enforcers of the secret, the “men in black”, have their own movie franchise. But a new documentary, Mirage Men, unearths compelling evidence that UFO folklore was actually fabricated by the US government. Rather than covering up the existence of aliens, could it be that the real conspiracy has been persuading us to believe in them?

If you think the movies about Men in Black is based on pure fantasy, then you have to rethink your current belief system… And by the way, many more things in the fantasy and story telling realm share the same distortions as is the case with MIB’s.