Malaysia’s ex-prime minister Mahathir Mohamad said that missing flight MH370 may have been taken over “remotely” in a bid to foil a hijack, reviving one of the many conspiracy theories surrounding its disappearance.

The Malaysia Airlines plane vanished in March 2014 with 239 people – mostly Chinese nationals – on board, during a routine flight from Kuala Lumpur in Malaysia to Beijing.

“It was reported in 2006 that Boeing was given a licence to operate the takeover of a hijacked plane while it is flying so I wonder whether that’s what happened or not,” said Mahathir. “It’s very strange that a plane leaves no trace at all.

In mid March, an Australian man has made the sensational claim that he has found the wreckage of MH370 using Google Earth.

According to Mr McMahon, the wreckage of the flight – which he claims is riddled with bullet holes – is located just a few miles south of Round Island, which is governed by Mauritius, in an area of the ocean that has not been searched by crews, the Daily Mail writes.

McMahon “took his claims one step further”, the site adds, by saying he also believed US officials were refusing to search the area, and were withholding information from the public.

“They have made sure that all information received has been hidden from the public, even our government, but why,” he told reporters.

“They do not want it found as it’s full of bullet holes, finding it will only open another inquiry,” he added.

“CAAM has found McMahon’s claims to be baseless,” the New Straits Times reports. “Hence, the people should not be taken for a ride on the matter.”

What happened to flight MH370, which disappeared mid-flight in March 2014, has become one of the world’s greatest aviation mysteries, and the huge gap in reliable information about the aircraft’s fate has been filled with suggestions from armchair sleuths, aviation experts, authors and conspiracy theorists

Here are some of the wildest theories on how and why MH370 disappeared. 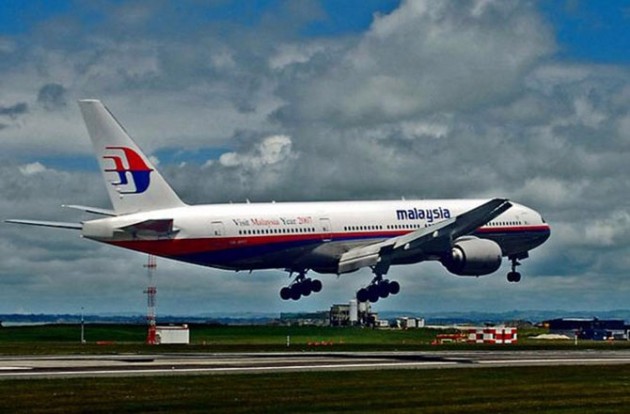 In his book Beneath Another Sky: A Global Journey into History, respected writer and historian Norman Davies says technology designed to prevent another 9/11-style terror attack by allowing planes to be controlled remotely could have been exploited by cyber-spooks.

He suggests MH370, which was equipped with Boeing’s Honeywell Un-interruptible Autopilot on-board computer, could have been hacked and then reprogrammed and flown to a secret location.

He told The Sunday Times the plane may have been carrying sensitive material or personnel to Beijing, making it the subject of two kidnap attempts.

Because of this Davies suggested the plane could have been “remotely kidnapped by a hacker and then a second hacker or remote controller took it over”.

“The first kidnap was by the Americans, who wanted to stop the plane getting to Beijing and planned to divert it to Diego Garcia [a US naval base in the Indian Ocean], and then somebody hacked it to stop it from getting there” he said.

“Several other theories back up this possibility, pointing to the widely held belief that the official cargo manifest detailing what was actually on the Boeing 777 was wrong” says the Daily Mirror, and while it seems taken straight out of a modern-day spy film, a similar theory has been touted before.

Back in March 2014, just days after the plane went missing, the Sunday Express reported that hackers could have accessed the aircraft’s flight computer using a mobile phone and reprogrammed the speed, altitude and direction. “It could then be landed or made to crash by remote control,” the paper suggests, and it may be worth noting that the woman who came up with the theory “runs her own company training businesses and governments to counter terrorist attacks”.

Cracks in the plane

Perhaps the most prosaic, yet also most believable, theory as to why the plane went down does not centre around a conspiracy at all, but well-documented faults with the plane that could have led to it crashing.

Six months before the plane disappeared, the US aviation watchdog warned airlines of a problem with cracks in Boeing 777s that could lead to a mid-air break up or a catastrophic drop in pressure.

The Federal Aviation Administration issued a final warning just two days before MH370 disappeared after one airline found a 15-inch crack in the fuselage of one of its planes.

However, the Daily Mirror claims: “Boeing said that the FAA alert did not apply to the missing jet because it did not have the same antenna as the rest of the Boeing 777s”, further fuelling conspiracy theories. 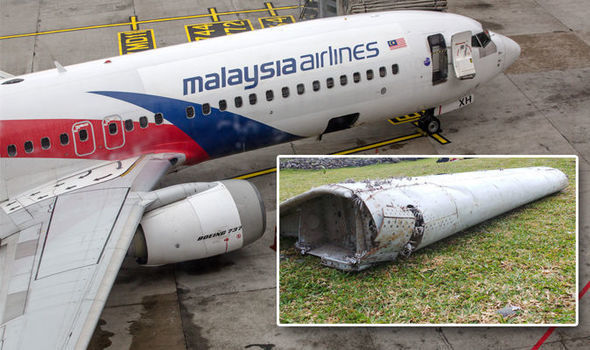 The Reunion debris is fake

Relatives of the passengers who were on MH370 reacted with a mixture of grief and disbelief following the announcement by the Malaysian prime minister, Najib Razak, that the wreckage found on the Indian Ocean island of Reunion came from the missing plane, The Guardian reports.

Others said that in their view, the discovery of wing parts had been faked. “I don’t believe it,” said Bao Lanfang, 63, whose son, daughter-in-law and grandchild were on MH370. “It has been 515 [days] – that is enough time for them to have produced fake debris.”

The pilot wanted to ‘create the world’s greatest mystery’

Former Australian prime minister Tony Abbott says he believes flight MH370 was brought down intentionally by a pilot who wanted to “create the world’s greatest mystery”.

Speaking ahead of the third anniversary of the plane’s disappearance, he said: “I have always said the most plausible scenario was murder-suicide and if this guy wanted to create the world’s greatest mystery why wouldn’t he have piloted the thing to the very end and gone further south?

“Then there was the analysis that suggested there might be a prospective place to the north.”

Search teams considered murder-suicide early on in their investigations, “but there was little to no evidence uncovered to support it”, the Adelaide Advertiser says.

However, investigative journalist Mark Williams-Thomas does support the idea and says the fragments of evidence so far discovered point to an intentional act by the pilot.

According to Williams-Thomas, a piece of wing found on Reunion Island, 3,000 miles from the search area, was “in an extended position that only a pilot could’ve done” and the only explanation for it being like that at the time of impact was that the person flying the plane was trying to bring it down on purpose.

The latest hypothesis suggests the plane may have been ditched in the Indian Ocean by the pilot, who flew the aircraft right until the very end.

“Based on that analysis I think it is likely, possibly highly likely, that there was an attempt to ditch the airplane,” he said.

Around 20 pieces of debris believed to be from MH370 have washed up on coastlines around the Indian Ocean. The most significant of these was the remains of a wing flap found on Reunion Island off the coast of east coast of Africa in 2015, and has since been positively identified as belonging to the missing Malaysian Airways flight.

However, “Captain Cox’s suggestion of a ditched aircraft does not support the popular theories that the plane was destroyed in a ‘death dive’ or a ‘ghost flight’” says the Daily Mail.