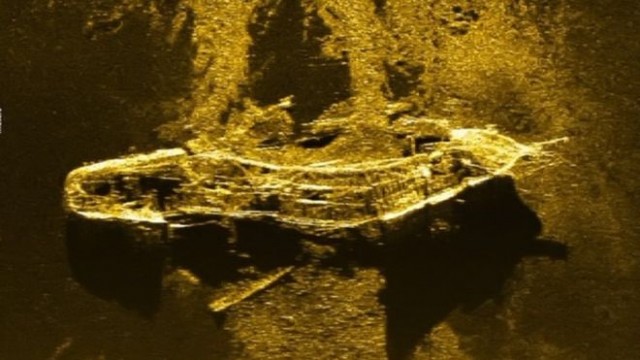 Search teams looking for the missing Malaysia Airlines MH370 think they have stumbled across a 19th-Century shipwreck.
Underwater sonar equipment turned up a strange object more than two miles beneath the waves just before Christmas.

Earlier this month they sent down an unmanned submarine to take a picture.

Experts at the Western Australian Museum think it is a 19th-century ship made of metal.

This is the second uncharted shipwreck found miles beneath the waves during the search for the missing plane.

Last year, investigators released ghostly images of man-made debris scattered along the sea floor, including what is clearly an old anchor.

The hunt for MH370 no longer makes headlines, but what some have described as the most complex search in history has continued for almost two years.

Three ships are methodically combing the belly of the southern Indian Ocean. Before this search, scientists knew more about the surface of the moon than the bottom of this stretch of water, so it is not surprising that they keep revealing secrets.

Along with the shipwrecks, a number of previously unknown underwater volcanoes have been discovered.
The search teams have now checked two thirds of the 120,000 sq km search zone.