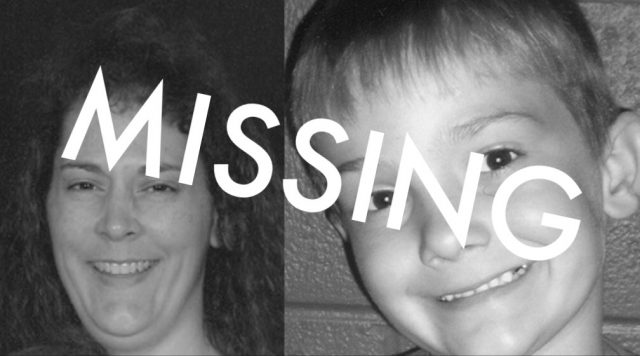 In 2011, Timmothy Pitzen, a 5-year-old boy from Aurora, Illinois, went on a three-day road trip with his mother, Amy Pitzen. He was never seen again.

Timmothy, a typical happy-go-lucky kid, hopped out of his father’s jeep on May 12, 2011, grabbed his Spider-Man backpack, waved goodbye to his dad, Jim Pitzen, and darted off towards his Kindergarten class at Greenman Elementary School. Jim had no idea it would be the last time he’d see his son. He still remembers watching Timmothy happily run to his teacher, ready for another day of school. Less than 30 minutes after he settled into class, however, Amy his Mother called the school, citing a family emergency, and pulled Timmothy out of class.

Friday, May 13, two days after Timmothy was pulled out of school. The mother made several phone calls to friends and relatives indicating that she and Timmothy were OK, and a relative was able to speak to the boy on the phone at around 1:30 p.m., according to police.

Three days later, police found Amy in a hotel room, dead from self-inflicted cuts and slashes on her wrists and neck. A toxicology report later revealed she’d taken a deadly dose of antihistamines.

Little Timmothy wasn’t there. The only evidence left of Timmothy’s disappearance was a suicide note from Amy, stating that her son was safe and with people who would care for him. At the end of the note, she wrote, “You will never find him.”

In her note she said:

“She apologized for the mess she created, and that Timmothy was safe with people who loved him and he would never be found.”

In their investigation, police built a timeline of mother-and-son’s movements. For three days after Amy checked Timmothy out of his kindergarten class behind Jim’s back, they appeared to enjoy a happy odyssey, visiting a zoo and staying overnight at two different indoor water park resorts, never farther than 200 miles from home.

Police know that Amy bought Timmothy’s clothes and toys on the road, none of which were ever found. They also know that in the months before her suicide, she made two unexplained driving trips to the same area where Timmothy went missing.

“Because Amy drove through the area where he disappeared before, I can only conclude that this was a very pre-planned event, that perhaps gives hope to the family that this really was something that she thought out carefully, including the note she left that said he’s safe and with someone who will care for him,” said Denise Crosby.

An inspection of Amy’s SUV by police shows that she had pulled off an unpaved road somewhere on her final journey, backing into a field and leaving grass and dirt under the rear bumper.

But alarmingly investigators also find dried blood on the backseat of Amy’s car. The family says it’s a false lead, the result of a nose bleed from Timmothy months before that road trip. But cops conduct an exhaustive search for the boy in some of the remote areas along Amy’s long-distance route.

“They narrowed it down to a certain geography hoping that that would give them clues, but there was no body found,” said Denise Crosby. “Obviously that’s what they were looking for, but nothing was ever found in that particular case.”

And then what seems to be a huge break in the case. Amy’s cellphone is found on a roadside and turned in to police.

“They were very excited, they really thought this might be the break this case needed to find that little boy, and I know they were very disappointed when after all the information came in off that cellphone, there was nothing there. Not one clue,” said Crosby.

The questions are many and the answers are few, including why Amy would even consider such a desperate act in the first place. James tells Crime Watch Daily that it’s a question that eats away at him all the time. He worries if it was because of a problem in their marriage years prior to Timmothy’s disappearance.