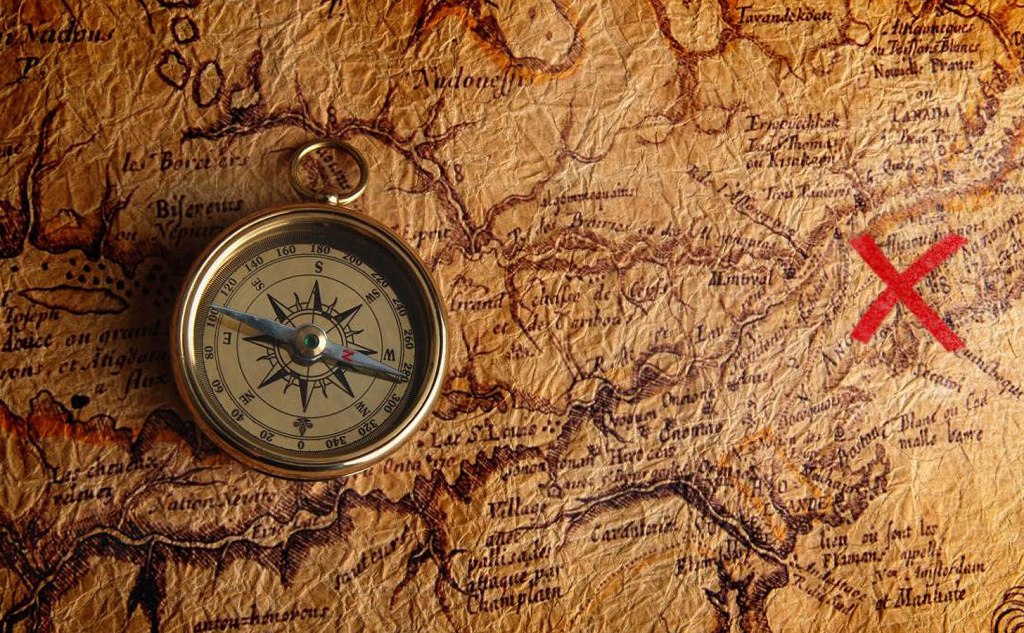 During the course of WW2 Hitler and his SS cronies had been looting europes of its finest art and treasures. The SS also stole gold bullion from europes banks. Much of this missing art is still to be discovered. Rumours of a lake full of gold, caves full of priceless art, hidden vaults in the vatican, underground NAZI storage bunkers in South America still circulate today.

Many gold seekers and treasure hunters have tried to follow the trail from NAZI europe to the secret locations, but all have failed. As recently as 2011 NAZI stamped gold bullion bars still turned up in Switzerland and other gold markets, often the sellers would disapear with no explanation of how they came to own the bars.

Blackbeard, with all the rumors of his cruelty, was an intelligent pirate, choosing to amass his fortune by working smart, not hard. He allowed the Spanish to do the dirty work, raiding and killing throughout Mexico and South America, amassing vast amounts of gold and wealth, only to rob them of it as they passed his little spit of the sea.

His pirating years didn’t last long, as he was behead merely two years after the start of his plundering. Unfortunately, he buried his treasure, and the knowledge of it’s location was known to Blackbeard, and Blackbeard alone.    For many, many years, treasure hunters have spent their lives, their fortunes, their sanity searching for this treasure, but none have succeeded.

Some historians doubt this treasure exists, but enough evidence remains to keep treasure hunters searching. It’s said that during World War II, Japanese soldiers amassed a large amount of treasure from Southeast Asia and buried it all in complex tunnels in the Philippines. The treasure is said to be worth a great fortune, and has lead to dozens of expeditions into the Philippine jungle to locate it.

If you think this sounds like a good adventure for you, be wary – such wealth in a relatively poor area has spurred a great race to find it, and many people have died searching.

In the 1700’s, the French, while preparing to battle the English, decided that it would be best to take their treasure – gold and silver – to a safer location, should they be overtaken. Ten soldiers were selected to transport the gold and silver to a location assumed to be Fort Detroit, and were under orders to hide the treasure should they be threatened.

The 10 French soldiers decided to follow The Great Trail, which was previously used almost exclusively by Native Americans. On the way to their destination, they perceived a pending attack, and decided to bury the treasure. They hid the gold and were attacked shortly later, where all but two of the men died.

Some years later, a relative of one of the survivors discovered the story of the hidden gold in some papers, and went out searching for it, releasing the news to strangers, who also diligently searched. He said the paper cited the location as being between two natural springs, with the land mark of a tree that had a deer carved into it, and another tree with a rock in the branches.

The original search team failed to find anything. However, in the early – late 1800’s, both trees were located, as were some hidden shovels, muskets, and other items from that original time period, all near the Great Trail.

Today, the treasure is believed to be near Minerva, Ohio, and many have tried diligently to find it without success. Whom ever does succeed in locating it will find a small fortune in gold and silver Spanish coins.

Everyone knows the stories of tomb robbers and the their infamous connection with the pyramids. Many Egyptian tombs were discovered throughout the early 1900’s, nearly stripped clean of all their artifacts. It wasn’t until the discovery of King Tut’s tomb that searchers finally got their hands on a vast amount of untouched treasure, so much so that it took a decade to record it all.

It would seem that the other, more open tombs were just the result of bad luck, but there may be more to their missing treasure than mere grave robbers. It is believed amongst some officials that Egyptian rulers, during the 20th century, would reuse the treasures of a past ruler, moving them from one tomb to another.

During the rule of Ramses the XI, there was a high court official named Herihor. When Ramses died, Herihor managed to nab the throne for himself, and split the kingdom with his henchman, Piankh (who also happened to be his daughters husband).

Herihor became the overseer of the re-burial procedures, which means he could demand all the treasure he wanted out of others’ tombs, and have it moved to his own. As of today, no one has managed to locate Herihor’s tomb, which makes him all the more suspicious. Many believe that whoever locates the tomb will also find a very large amount of treasure that disappeared without a trace hundreds of years ago.

The Ark of the Covenant

When the Babylonians ransacked Jerusalem and proceeded to kill tens of thousands, the Ark of the Covenant disappeared. Conspiracy theories abound as to what happened to it. Some say it was hidden before the Babylonians could get it, others say the Babylonians destroyed it. Some believe God himself whisked it away to safety. Several groups/people claim to have it in their possession or to have found it, but none have panned out under scrutiny.

If you decide to become one of the many who try and find it, be warned – according to the Bible, the last person to up and touch the Ark uninvited fell over dead.