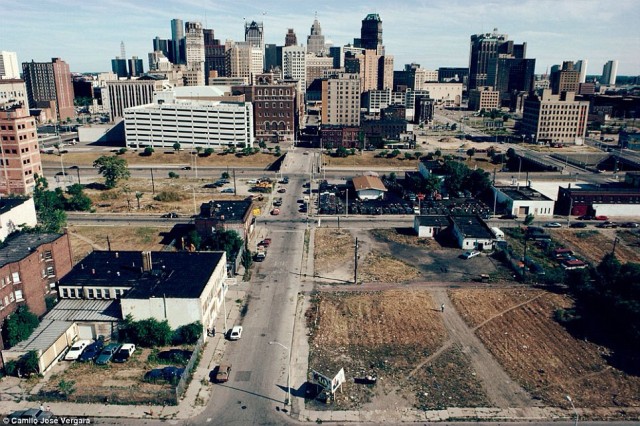 Once the cornerstone of America‘s industrial revolution, Detroit, at almost  50 percent, now holds the highest rate of unemployment in the  United States. The City is deeply suffering from a development that began nearly 60 years ago with many of the processes of automotive production being outsourced to foreign countries. Since that time the city has lost virtually half of it‘s population, almost a million citizens, and is building the momentum necessary to become America‘s newest  ghost town. As a direct result of the industry‘s gradual retreat from Detroit, metropolitan area communities have had to face completely new challenges. Increasingly, houses have become abandoned and public services greatly deminished. 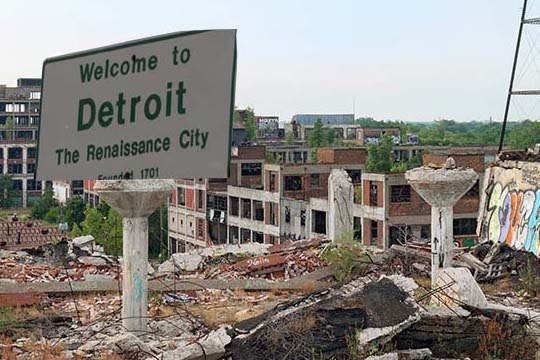 Police departments, schools and hospitals have been forced to close and in their wake ghettos have arisen. Vandalism and Violence, the seeds of social unrest, have created the need for private security forces. In the more desperate parts of Detroit small businesses and even churches are often heavily fortified with bricked windows and bars over doors. Detroit can be seen as a perfect example of what happens when an industry refuses to take responsibility for their role within a community. 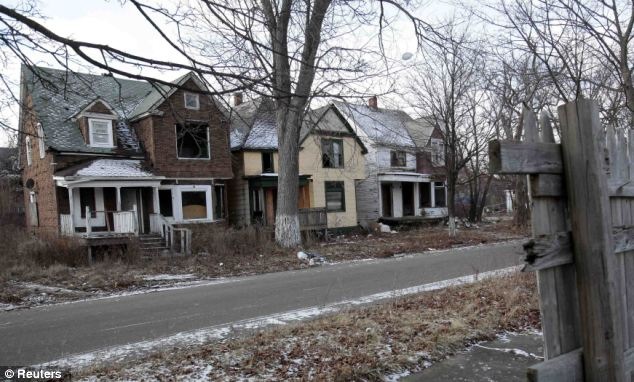 The abandenment of Detroit is now so bad, that many sources state that by 2016 Detroit will be gone!