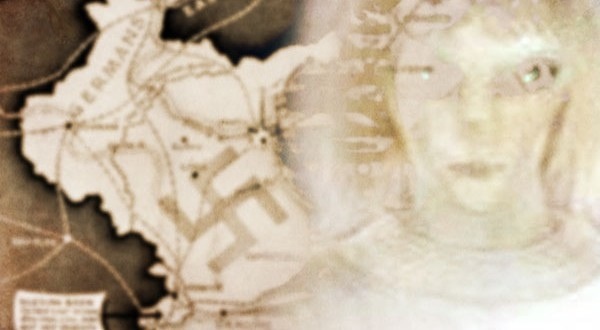 An Iranian news agency alleges that documents provided by former National Security Agency (NSA) contractor Edward Snowden prove that “an alien/extraterrestrial intelligence agenda is driving US domestic and international policy, and has been doing so since at least 1945.”

But can this really be true?

A stunning Federal Security Services (FSB) report on the nearly two million highly classified top-secret documents obtained from the United States Department of Defense (DOD) run National Security Agency-Central Security Service (NSA/CSS) by the American ex-patriot Edward Snowden states that this information is providing “incontrovertible proof” that an “alien/extraterrestrial intelligence agenda” is driving US domestic and international policy, and has been doing so since at least 1945.

Edward Snowden is a computer specialist, a former Central Intelligence Agency (CIA) employee, and former NSA/CSS contractor who disclosed these classified documents to several media outlets in late 2012 and was granted temporary asylum in Russia in 2013 after his designation by the Obama regime as the “most wanted man on earth.”

This FSB report further states that Snowden, in December, 2012, contacted the highly respected American columnist, blogger, and author Glenn Greenwald by an email headed with the subject line stating, “I and others have things you would be interested in.?.?.?.”

In Snowden’s own words, this report continues, he outlined to Greenwald the reason for his highly secretive group obtaining and releasing these documents by warning that that there “were actually two governments in the US: the one that was elected, and the other, secret regime, governing in the dark.”

As to who is running this “secret regime” Snowden and his cohorts were warning about, FSB experts in this report say, was confirmed this past weekend by former Canadian defense minister Paul Hellyer who was given access to all of Snowden’s documents by Russian intelligence services and stated they were, indeed, “accurate.”

Even though Defense Minister Hellyer’s exact statements to the FSB in regards to Snowden’s documents remain classified, shortly after his “extensive electronic interview” by the FSB he was allowed to appear on Russia Today’s program SophieCo this past fortnight where he shockingly admitted that aliens have “been visiting our planet for thousands of years” and described several types of these extraterrestrials, including “Tall Whites” who are working with the US Air Force in Nevada.

Of the many explosive revelations in this FSB report, the one most concerning to Russian authorities are the Snowden’s documents “confirming” that the “Tall Whites” (further revealed by Defense Minister Hellyer as noted above) are the same extraterrestrial alien race behind the stunning rise of Nazi Germany during the 1930’s.

Snowden’s documents further confirm, this report says, the “Tall Whites” (Nordic) meetings in 1954 with US President Dwight D. Eisenhower where the “secret regime” currently ruling over America was established.

Most disturbingly, this FSB report warns, is that the “Tall White” agenda being implemented by the “secret regime” ruling the United States calls for the creation of a global electronic surveillance system meant to hide all true information about their presence here on earth as they enter into what one of Snowden’s documents calls the “final phase” of their end plan for total assimilation and world rule.

Unbeknownst to the FSB, this report confirms, are those still in the US government backing Snowden, but whose presence Russian intelligence experts note is “unmistakable” and shows a cataclysmic power struggle is currently underway against this “secret regime” now headed by Obama by “forces unknown.”

Source: What Does It Mean?