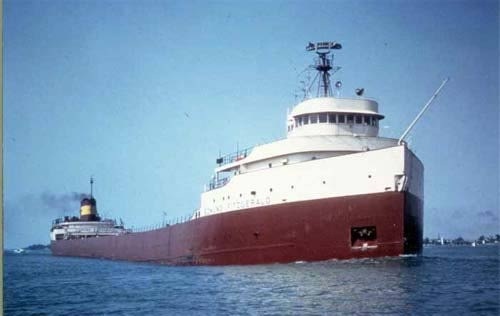 The famed Edmund Fitzgerald (pictured above), an ore freighter which sank in Lake Superior on November 10, 1975 losing all 26 of its crew, was sighted by a commercial vessel 10 years later.

The Griffon
In September of 1678, the Griffon left Lake Michigan’s Green Bay… and vanished. Yet in following years, several sailors claimed to have seen the Griffon afloat on the lake.

The Emperor
A recreational diver exploring the depths of Lake Superior in 1988 came upon the wreckage of the steamer Emperor. Swimming inside the old wreck, the diver swears he saw the ghost of a crewman lying on a bunk who turned and looked at him. 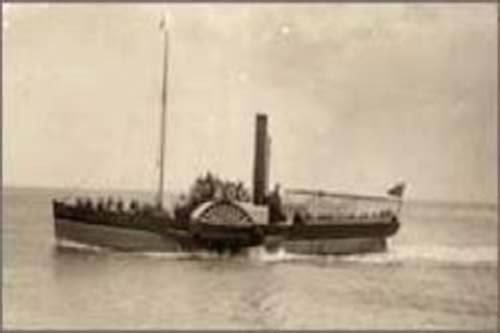 It’s understandable how a ship could be lost in the vast, deep, and volatile oceans, but how could a ship completely disappear without a trace in a river? In June, 1872, the S.S. Iron Mountain steamed out of Vicksburg, Mississippi with an on-deck cargo of bailed cotton and barrels of molasses. Heading up the Mississippi River toward its ultimate destination of Pittsburgh, the ship was also towing a line of barges.

Later that day, another steamship, the Iroquois Chief, found the barges floating freely downriver. The towline had been cut. The crew of the Iroquois Chief secured the barges and waited for the Iron Mountain to arrive and recover them. But it never did. The Iron Mountain, nor any member of its crew, were ever seen again. Not one trace of a wreck or any piece of its cargo ever surfaced or floated to shore. It simply vanished. 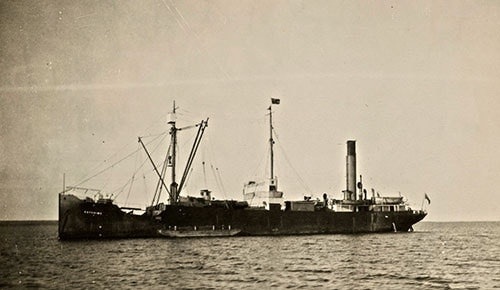 The fate of the SS Baychimo is one of the strangest ghost ship tales on record. It sailed the seas — unmanned — for 38 years!

Built in Sweden in 1911, the stream ship was first christened as the Ångermanelfven for a German shipping company and served as a trading vessel between Hamburg and Germany until the advent of World War I. After the war the ship was handed over to Great Britain for war reparations and was renamed Baychimo.

In October, 1931, with a shipload of furs, the Baychimo got stuck in ice pack near the town of Barrow, Alaska. The crew left the ship for Barrow to wait until the ship was free enough from the ice to resume its route. When the crew returned, however, the ship had already broken free and floated away. On the 15th of October, it became trapped in the ice again. Some of the crew decided to wait in the area until they could rescue the ship, but during a blizzard on November 24, the Baychimo disappeared.

At first the owners believed the ship must have sunk in the storm, but a native seal hunter reported seeing it about 45 miles away from where it had last got stuck in the ice. The crew found the ship, removed what furs they could, and abandoned the ship, believing that it was not sound enough to survive the winter.

But the SS Baychimo did survive. Over the next several decades the ship was seen and even boarded by other ships’ crews who found it adrift. Each time, however, they were not able to tow the cursed ship to harbor or were forced away by bad weather. Sightings include:

1932 – spotted by a dog sledder on his way to Nome, Alaska
1933 – boarded by some Inuit (Eskimos) who were trapped aboard by a storm for 10 days
1934 – boarded by the crew of an exploring schooner, who had to let it go
1939 – boarded by Captain Hugh Polson, who also had to abandon it because of ice build up
1962 – seen adrift in the Beaufort Sea by Inuit
1969 – found once again frozen in ice pack – the last sighting of the Baychimo
Because it has not been seen since 1969, it is assumed that the Baychimo has finally sunk, although no wreckage of it has ever been found. Who knows? The phantom ship might again one day sail out of the cold mist of the Arctic waters.